Why I Love Hoover: Larry Sparks

Larry Sparks is running half marathons one state at a time. He became an avid runner after serving in the military and decided to take on the state-by-state challenge. With a total of 20 runs in 17 states, he is well on his way to the finish line. This fall Larry will run in Vermont, Connecticut and Florida. He says his wife, Leigh, keeps asking when he will be running in Hawaii. Larry moved to the Hoover area in 1977, joined the Rotary Club in 1979 and was one of the first to serve on the initial committees to form the Hoover City School System. Larry knows Hoover inside and out, and loves his city. 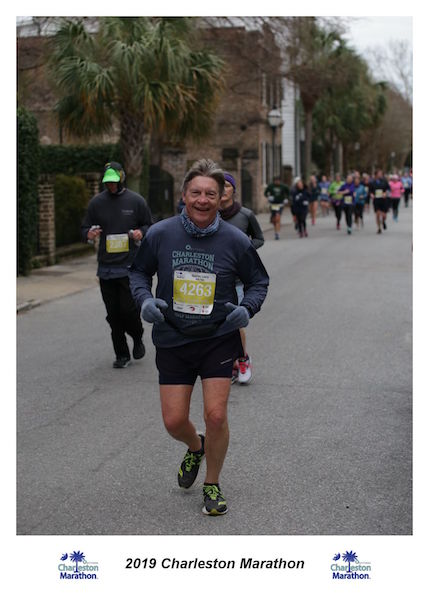 When did you move to Hoover?

I moved to the Hoover area in late 1977 and moved my law office to Galleria Tower in spring of 1988. My family literally grew with Hoover, and we loved the growing city. My law practice also grew with Hoover and the Galleria complex. One of the best decisions of my professional life was moving to Hoover and then locating my office in the most visited complex in the state.

How did you get into running?

I was in the military, active duty, National Guard and Army Reserve for 37 years and always had stayed physically fit. A group of friends in the Reserves had started running local races, and after I retired, I started running with a few of them. Then I began to meet other local runners in Bluff Park and Vestavia, including some old friends, and while most were younger than me, I made a private commitment to train to run a half marathon. I chose Huntsville as my first so if I didn’t finish, no one would know.

What was the first race you ran?

Huntsville (Rocket City). The funny thing was, a close high school friend showed up to root me on, and that made it really special to finish the race. I was bitten by the running bug and decided that a worthy goal would be to run a half marathon in every state!

How do you train?

I have a group of running buddies. I think you must have a group for accountability because when it is 28 degrees and dark at 5 a.m., it is very difficult to go run. But having friends waiting on you is that extra energy for you to do your part and show up. I started running for 3-4 miles and gradually worked up to at least 10. Normally we do a “long” run Saturday morning and shorter ones during the week. We always run early in the morning when there’s almost no traffic. It really gets you going and actually gives you energy for the day.

What are your favorite places to run in Hoover?

Parking at Shades Crest church on Park Avenue and running several different courses from there. Or parking at Mr. P’s on Shades Crest Road and running to I-65 and back and repeating. For longer runs we use the Lakeshore Trail or a route through Mountain Brook. As great as these places are, nothing compared to my running across the Golden Gate Bridge in April of 2018, or running in the back country of New Hampshire last fall.

Let’s talk more about your background in Hoover. How did you get involved with the Rotary Club?

I joined the club in April of 1979. It had been organized in the fall of 1977, and there were many community leaders in the club. They mentored me and I saw them give back so much to our community. I grew up in Decatur, where there was a huge Rotary presence, and I had always wanted to one day be a Rotarian. It’s the largest civic club in the world, and though small in numbers, our club does so much for the Hoover community. We have given almost $300,000 in scholarships to Hoover and Spain Park students. I currently serve as our Foundation President and am starting my fourth year as Assistant Governor for our North Alabama District.

Tell me about your involvement with helping to form the Hoover City School System.

My wife, Leigh, and I, along with many other parents and grandparents saw our local schools declining in mid-1980s when we were part of the Jefferson County School System.  There were good teachers in the schools, but I think the county administration realized that with the growth of Hoover, its citizens would soon break away and form their own system.  As a result, the buildings started to decline, supplies were limited and at one time, parents had to supply toilet paper to Bluff Park Elementary. It was just time to start our own system, and many people came together to make it happen. My wife and I served on one of the initial committees and later served on the curriculum and personnel committees. My wife also started teaching in the system, and all four of our daughters benefited from having great schools.

What is one thing that no one knows about you?

I write poetry. That’s something I’ve done since high school and really enjoy it––when I have time.

What makes Hoover your home?

I think the fact that we have so many good people living here who sincerely care about the schools, the arts, the well-being of the city as a whole. I am so thrilled to see young couples moving into Hoover and making their own family and neighborhood traditions. Our citizens don’t always agree with each other, but I think we all, for the most part, agree to disagree civilly. Bottom line: We all want to do what’s best for the city.

What is one thing the city of Hoover needs that it does not currently have?

Actually, two things: First, an arts center that spans all mediums of the arts with an auditorium that could possibly seat 3,000-plus. Second, we need more sidewalks! The sidewalks in Bluff Park have literally made it a neighborhood and have brought people together. It’s amazing what a difference a sidewalk makes. People are talking and interacting, and that’s always a good thing.

Why I Love Hoover: Phil Holmes 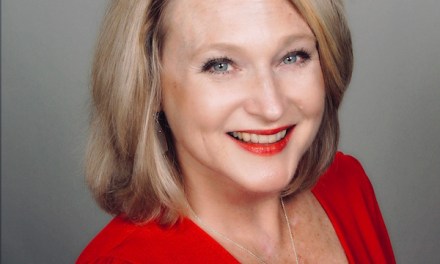