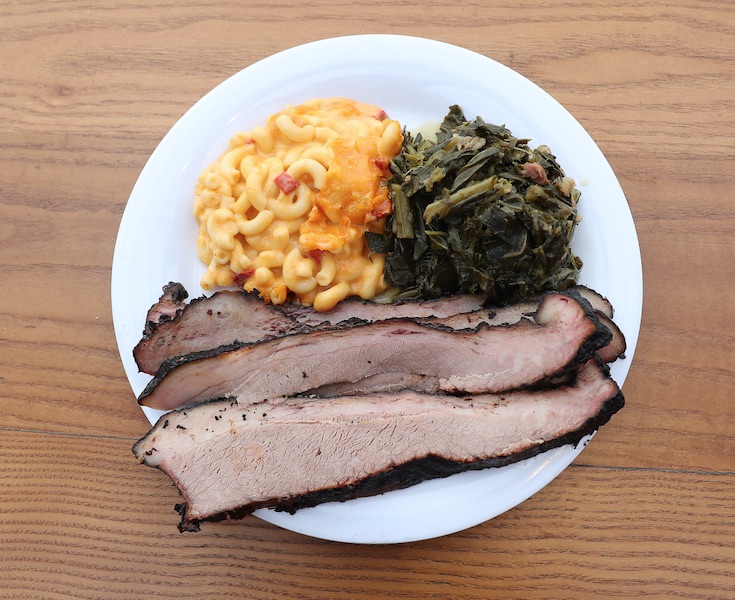 There’s nothing bland or boring about what people will find when they visit Whole Foods Market in Hoover. Beyond the fresh, organic food the grocery store is known for, residents will also find an eatery bursting with southern tastes and local brews: Hops ‘n’ Sauce.

The venue serves made-in-house meats and sides, along with locally produced barbecue sauces and beers, says Brandon Wiman, culinary team leader at Whole Foods. Hops ‘n’ Sauce is only in two Whole Foods in the southern region, including the Hoover location that opened this past October at the corner of U.S. 31 and Lorna Road.

“It really is like a full-on restaurant inside of the store. It’s not just a sandwich stand,” Wiman says. “You can sit down and have a full meal with as many folks as you want to bring.”

Their savory meat selection includes chicken, pork, ribs (on occasion) and the popular brisket. They cook the brisket and pork 12-14 hours in their manual wood-fired smoker, which gives the meat a tender, flavorful taste.

To further amp up the flavor, diners can also choose from a variety of ketchup-, mustard- and vinegar-based barbecue sauces from Williamson Bros., which is a family-run business based out of Georgia. So, they can enjoy their meat just the way they like it. Making the meal even sweeter is their Friday night deal where meal and sandwich plates are half off.

The venue also has kid-friendly sides and dishes, including hot dogs. “We’re hoping it will be like a neighborhood joint,” Wiman says. “It’s definitely family-friendly.”

Something else that sets Hops ‘n’ Sauce apart from other food venues is that they use high-quality products, including antibiotic-free meat and natural ingredients.

“We’re all about serving quality food and having great service,” Wiman says. “We have a lot of talented folks who work here with us, and we’re excited to have people come in and enjoy a good food and beer selection.”

All of those southern, made-from-scratch dishes pair perfectly with the venue’s large variety of local craft beer. They have 12 draft beers on tap that rotate, with the majority coming from the Birmingham area.

Hops ‘n’ Sauce offers a Pint Night on Wednesdays and Fridays where all of their draft pints are $3. They also hold events like wine tastings and live music, and Wiman says they plan to have beer tastings with food on the patio once the weather warms up.

Wiman says people have enjoyed the venue so far, and they especially have a good turnout on Pint Night. “They’ll come hang out, watch some sports and have a few beers,” he says. “They’re excited about the variety of local beers that we’re offering, and people are enjoying the food, too.”

The food and drinks can be enjoyed in their large seating area inside the store or in the patio outside. They also have four TVs inside for diners to watch their favorite sporting event and relax with friends and family.

“You can grab dinner, have a beer, get some groceries, enjoy barbecue and relax,” he says. “It’s a cool place and lots of fun.”

For people on the move, their food can be ordered to-go, making it the perfect stop for grocery and ready-to-eat meals. Hops ‘n’ Sauce also offers larger portions, perfect for office or event parties.

“There are tons of options. You can come in here on any given day and eat anything from barbecue and fried chicken to sushi and super healthy salads,” Wiman says. “If you have a group of people from the office trying to find something for lunch, there are a lot of options — even for the pickiest of eaters.”

Hops ‘n’ Sauce is located in Whole Foods Market at 3780 Riverchase Village in Hoover. The venue starts serving meals at 11 a.m. and closes with the store at 10 p.m. For more information, visit Wholefoodsmarket.com. 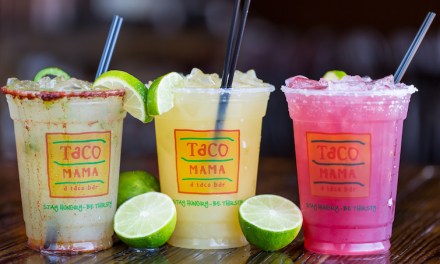 A Chat with the Man Behind Taco Mama 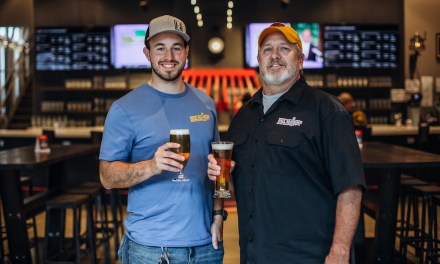 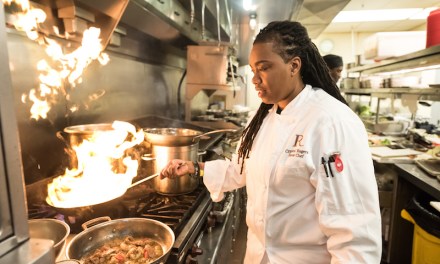 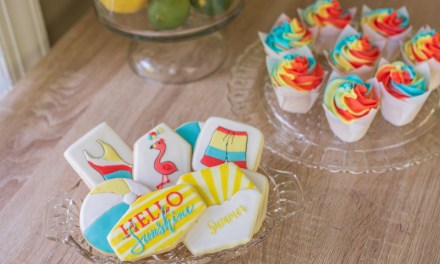