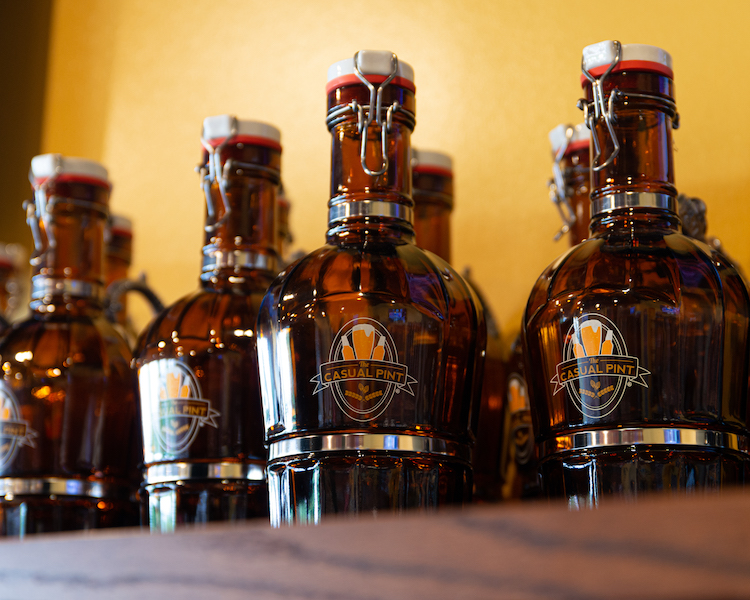 After beating cancer, Scott Huskin was ready for a new adventure—and opening a craft beer spot just so happened to be a big part of it.

Cold drinks, savory dishes and a welcoming atmosphere are just a few things Hoover’s new craft beer destination is serving up. Scott Huskin opened The Casual Pint in September in The Grove shopping center. It’s the second location for this franchise in Alabama, with the other one found in Huntsville.

But for Scott, this next chapter of his life was about more than opening a craft beer spot for the community. With a background in engineering, he had a manufacturing company in Knoxville, Tennessee. He traveled a good bit with his job, which left him out of shape and heavier than he would have liked. So when his daughters got involved with the Susan G. Komen half-marathon breast cancer fundraiser about five years ago, Scott started training so he could participate, too.

“I trained for it for over a year, and I was in the best shape I had been in 25 years. I was looking good again,” Scott says with a laugh. The day of the event, he was ready to go. However, about halfway through the race, he says he started to feel a cramp in his side. The pain continued to get worse, but he was able to finish the race and find his wife—before passing out from the pain. 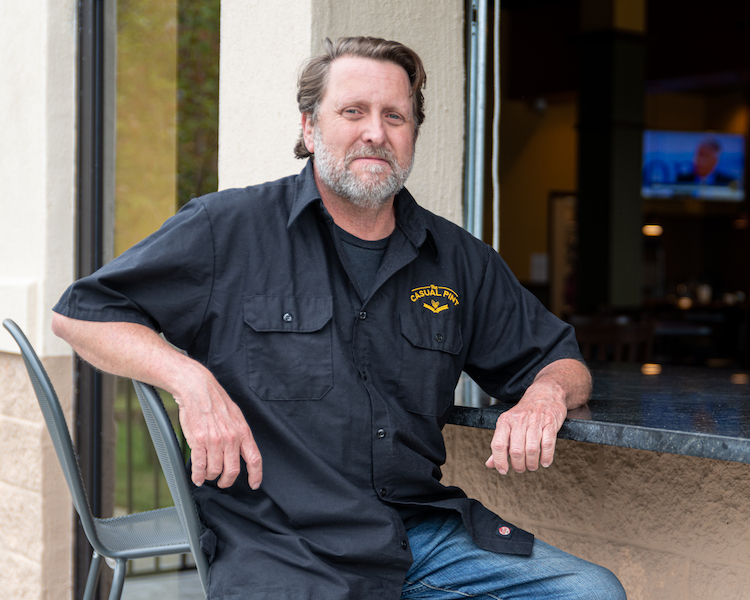 “I woke up three days later in the hospital to a doctor coming in saying I had Stage 4 colon cancer, with a full blockage, and they were rushing me off to surgery,” Scott says. He spent the next month in the hospital and was given a 4- to 5-percent chance to survive. “I wasn’t supposed to make it through it. I sold off the manufacturing company, our rental houses, and put everything in a trust fund for my wife and kids for when I was gone.”

Scott completed a year of chemotherapy, and after his treatments on Fridays, he would grab a drink at The Casual Pint in Knoxville. One of the servers began to notice he was starting to look sick, having lost weight and hair, and he asked what was going on. Scott shared his story with them, and when he and his wife went to leave, someone at the bar paid their tab. 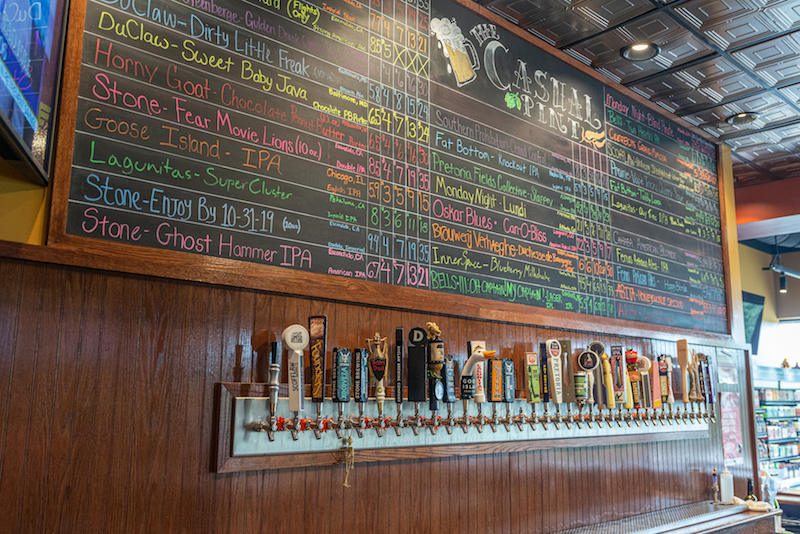 The same thing happened the following Friday, and at the end of the month, the server brought them a check. Locals from the surrounding neighborhood had donated money to give him—and that kindness continued the whole time he went to The Casual Pint. “I never bought another beer,” he says. “The money they gave me at the end of each month enabled me to do things with my family I wouldn’t have been able to otherwise.”

A year-and-a-half after being told he didn’t have much longer to live, Scott had beat the odds. He spent the next year or two working around the house and on old cars. Then, his wife accepted a job at UAB, bringing the family down to Alabama. On the weekends, they would drive around Hoover, and it never failed that his wife would point something out each time. “My wife kept telling me every time we drove by The Grove that it was a good place for The Casual Pint,” Scott says.

After hearing her say that quite a few times, he says her not-so-subtle hint finally set in. So, he began traveling around the country to talk with other owners of the franchise before opening the new location in Hoover. “It’s an interesting concept: It’s not really a restaurant, but not a bar either. It’s like a coffee shop for craft beer,” Scott says of the family-friendly spot. “We’re really a craft beer bar that has food, like an upscale bar and grill.” 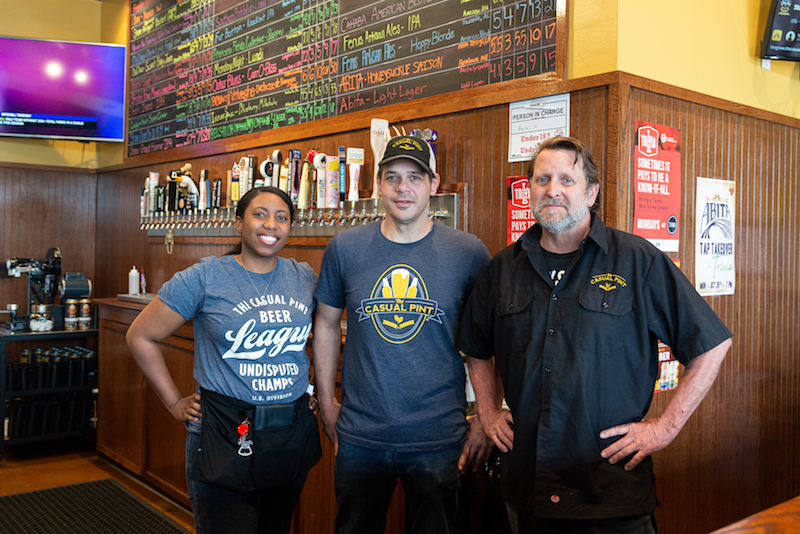 The Casual Pint has 35 beers on tap and roughly 200 craft beers in the store. Customers can also take home their favorites by filling up a six pack with any variety of singles or grabbing a package, crowler, growler or keg to go. “I can find a beer for just about anybody,” Scott says.

Pairing perfectly with their craft beers is their menu, which they try to keep under $10. Some popular dishes include the flatbreads, pretzels with beer cheese and brats. They also have menu items like wings, burgers, wraps and salads.

Scott says they’re focused on providing a comfortable place for people in the nearby neighborhoods to come, hang out and have a beer or two. Their outdoor patio is also dog-friendly. And The Casual Pint has events during the week that add to the welcoming atmosphere. There’s trivia on Monday nights with a tap takeover from a brewery, wine tasting on Wednesday nights featuring a different winery, magic night on Thursdays and live entertainment on Fridays. 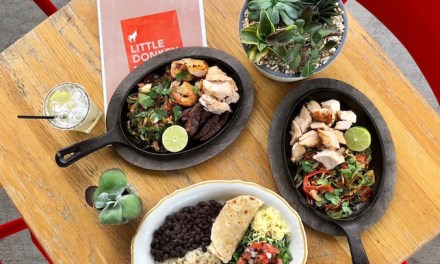 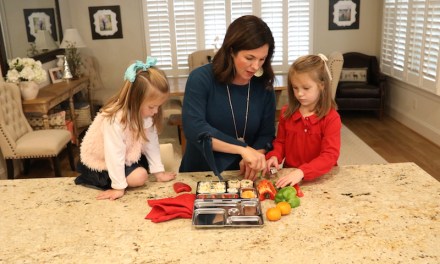