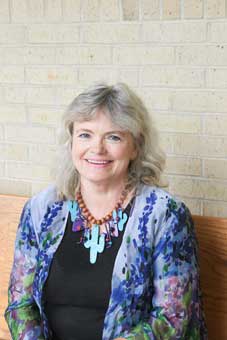 Alabama folk artist Shelia “She-She” Vaughn still keeps her first box of crayons, a 64 pack with a built-in sharpener, tucked away in a safe place on her farm off of Highway 280. 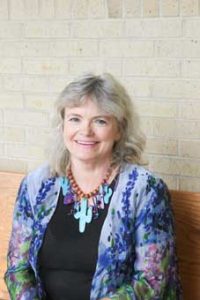 This is when her love for drawing started, as a child growing up in the Over the Mountain area of Birmingham.

She has developed a lifelong passion for creating story art and inspiring others through her involvement with organizations like Artists as Educators and the Shelby County Arts Council. Vaughn has been doing art shows throughout the Southeast for over 20 years, doing up to 40 shows a year.

“I love to paint anything Alabama,” she said. “Especially fish and our beautiful lakes.”

But about three years ago, she suffered a traumatic brain injury that threatened to take this passion away.

“My doctors told me ‘I hate to tell you, but you’re going to be a different person,’” Vaughn said. “My life has been changed dramatically. The hardest part for me was how the brain injury manifested itself.”

For instance, after her parents passed away, Vaughn had used her art to help her cope emotionally.

But six days after her injury, she realized she had suddenly become frightened of bright colors, especially pink.

“I was unaware of the changes until they started happening,” she said. “Everything would happen in increments.”

One major change was that she lost the creativity, and the passion that comes with it, for art.

“I was used to speaking to groups about creativity and overcoming their mental blocks, and now I wasn’t just suffering a block,” she said. “It was more than a block. It simply disappeared.”

Although her condition began to improve, Vaughn said that perhaps her biggest realization of how she had changed was that she did not smile for six months.

“I was just serious all the time,” she said. “I would just sit and stare into space. I ran a lot of my friends away, because I wasn’t the person they were used to seeing.”

The other major change Vaughn noticed that she was not breathing properly. She would often hold her breath for extended periods of time without realizing it. After talking with a friend and doing some research online, Vaughn discovered the power of laughter yoga.

She went to her first class in Scottsboro, and before the class was even over, she knew this was something she wanted to teach to others.

“I started thinking that if this could help me, maybe I could help other people who had had traumatic brain injuries,” she said.

According to the website, laughteryoga.org, Madan Kataria, a physician from India, began popularizing the practice in 1995. A few scientific studies have reported laughter yoga to restore physical and psychological well-being through deep breathing and prolonged, forced laughter.

“It gives the same benefit as spontaneous laughter,” she said. “Your brain does not know the difference.”

Although laughter yoga is learned and practiced in groups, Vaughn said people can still practice it individually.

“You learn how to breathe, you can lower your blood pressure and get your heart rate down,” she said. “It’s a great life skill.”

As a certified laughter yoga leader, Vaughn now integrates her art, laughter yoga and communication skills to help other people who have challenges to overcome, conducting programs at places like The Red Barn, Wounded Women Warriors and local retirement homes and businesses.

Vaughn also became a certified peer support specialist, going to mental health facilities throughout the state to helping other people who have gone through significant life-altering experiences.

“I help people to tell their own story through their art,” Vaughn said. “At one class a lady with MS came up to me and took my hand and said, I want you to know, you changed my life.’ It gave her a reason to go on.”

Some of Vaughn’s art is featured at the “She-She” booth at Brass Bear Antiques located on Valleydale Road in Indian Springs. 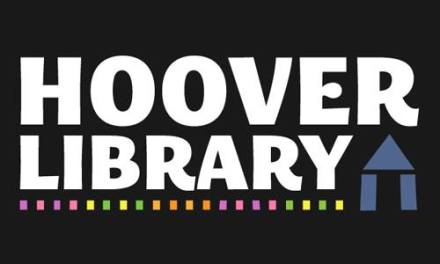 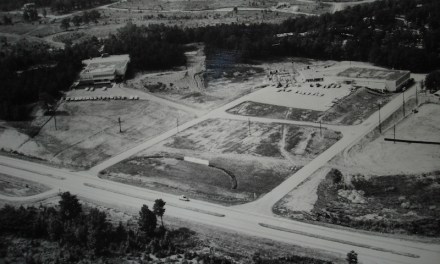 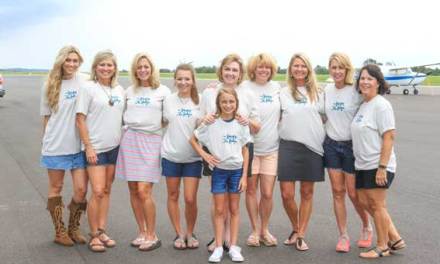 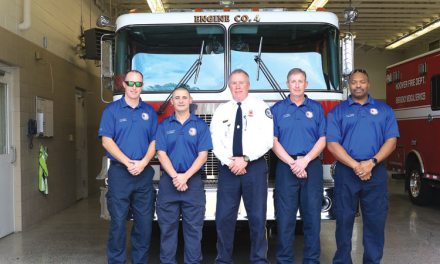