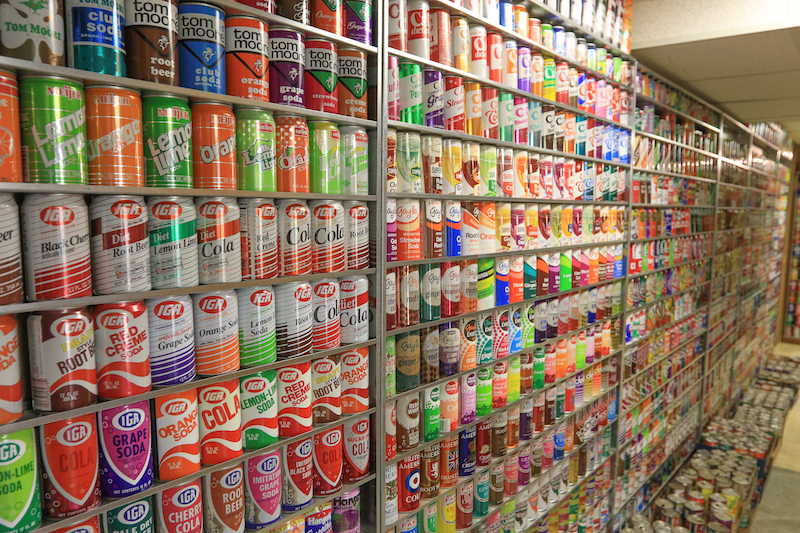 When most people buy a canned soda, they buy it with the intent to pop the top and drink the fizzy, sweet liquid sloshing around inside. When Rick Halbrooks buys a canned soda, he’s more interested in the can itself. Why? The short answer to the question is any can he picks up could be the newest addition to his can collection – an extensive assortment of more than 14,000 cans, some of which are so rare they garner interest from can collectors across the country. But more impressive than the collection is Rick’s knowledge of each cluster of cans he owns.

The story of how this serial collector, or “collecto-maniac” as he calls himself, got into collecting cans doesn’t even start with cans or soda or beer or anything else related to the advent of selling drinks in metal containers. It all started with a young Rick collecting postage stamps.

“When I was a kid, I was a Scout,” he says. “I started collecting stamps to get a merit badge.” 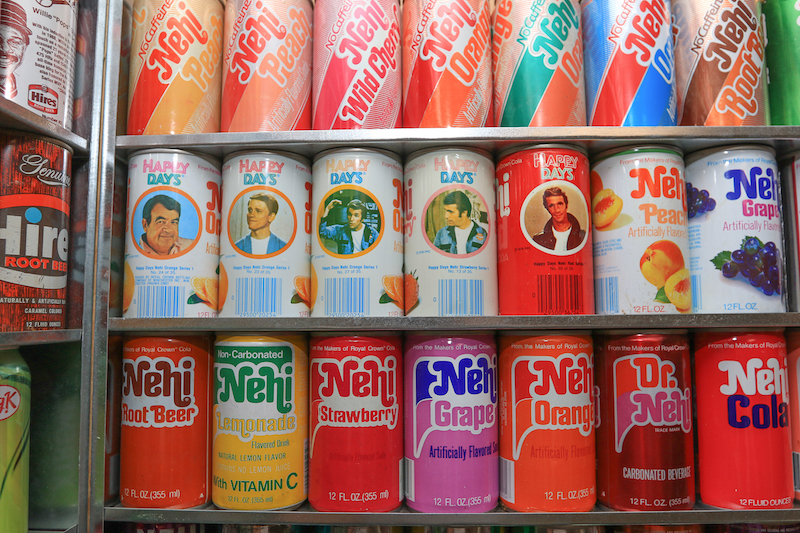 Stamp collecting was a gateway to collecting other objects, like coins, comic books and record albums. The coin collecting sprang from Rick’s grass-cutting route in his Southside neighborhood.

“I cut my grandparents’ yard. My grandfather ran a car wash, and he would take out the silver dimes and quarters in change he would get. That’s what he would pay me when I cut his grass,” Rick says.

His father would drive him to the Thomas Jefferson Hotel every Tuesday night for a coin auction, where Rick would sell and buy coins, sometimes bidding against older men when he was just 11 years old. 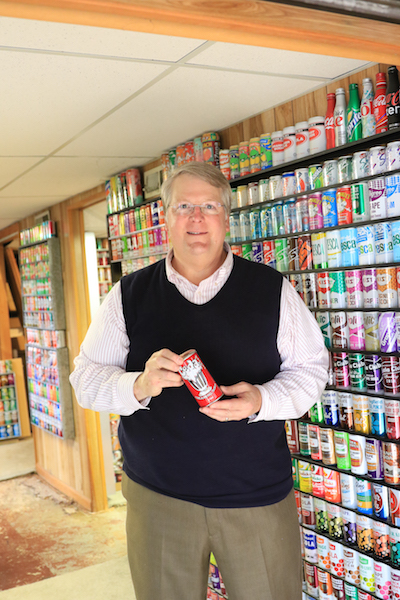 Rick Halbrooks with his can collection.

“My mom taught me a long time ago to look for the extraordinary in the ordinary,” he says. “Look for things most people don’t see. That always kept me interested in life; like always looking for good coins, and finding 75-year-old nickels in your pocket change.”

While in grade school, Rick also started collecting comic books. He had first editions of Spiderman and Avengers comic books. He would go to a local used bookstore to swap and trade with other guys to build his collection. “By the time I was 14, I wanted a motorcycle. I sold my entire collection of several hundred comic books for 3 cents apiece. Those are worth thousands of dollars now, but I really wanted that motorcycle.”

Rick graduated from Berry High School and worked his way through school at Auburn University as a disc jockey and advertising sales representative at a radio station in West Point, Georgia, in the 1970s. As the afternoon DJ with the moniker “Rick Rock ‘n’ Roll Rogers,” Rick played music from 4-8 p.m. The constant exposure to old and new tunes was likely the impetus for his collecting vinyl record albums. Special edition promotional records were often given to radio stations as an incentive to get airplay. For example, “I have a platinum (silver vinyl) album from the Commodores. The band members came to the station to promote a new song and all signed my album. That got my album collection going.” 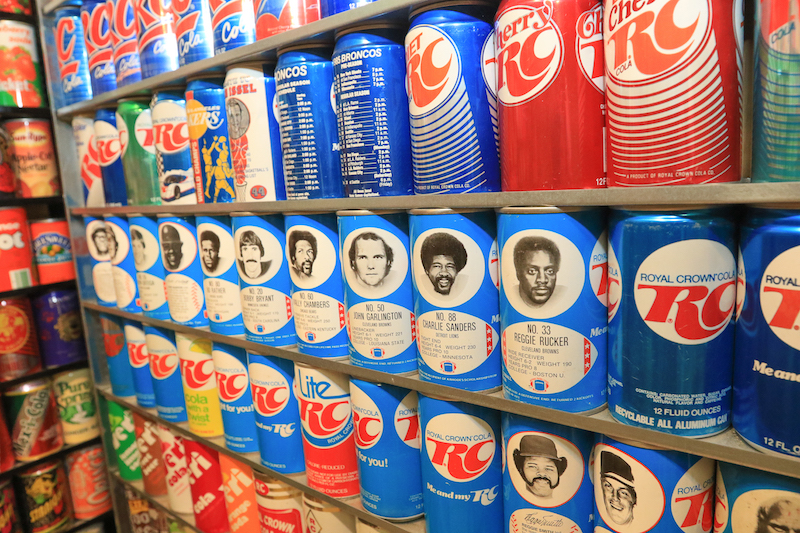 After graduating from college, Rick moved back to Birmingham, where he continued his education in medicine at UAB. But he soon realized actually being a doctor wasn’t what he wanted to do long-term, so he dropped out of school and worked with a friend starting a copier company. He had a knack for sales and greatly enjoyed it. The job involved traveling, and Rick found himself in places all over the country.

“I’d stop at convenience stores out in the middle of nowhere and look through the beer and soda cans there because they’d always have some weird brands you’ve never heard of before,” he says. “I started collecting beer cans just to bring them home to show people what these odd brands are.”

His three children were 10 years old and under, and Rick was still an avid collector, always on the hunt for something special. He wanted to get his kids excited about collecting something, but stamps and coins didn’t pique their interest. 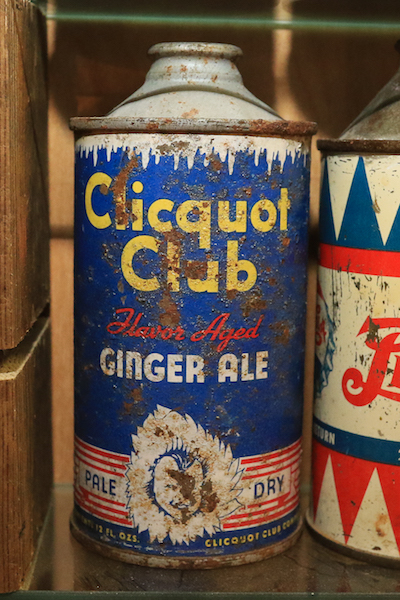 “I wanted my kids to also appreciate the extraordinary things and look for unusual things in their mundane world. My oldest son, Andy, started collecting sports trading cards. The other two boys, Ben and Alan, also got interested in getting the cards. They amassed a huge collection.”

Rick’s middle son showed interest in his can collection, which at the time was primarily beer cans. Rick’s wife, Deborah, had her reservations.

“At one point, Ben’s walls were covered with beer cans in his room,” he says, chuckling. “My wife said, ‘We’ve got to do something about these beer cans. He’s 8.’”

But good came out of the situation. Rick and his son built special galvanized tin shelves that fit into frames that allow them to slide the shelves up and down with ease as they rearrange the lines of cans.

“We worked on those for a number of years,” Rick says of the shelves, which he still uses in the basement of his old Bluff Park home for his ever-growing collection. Rick decided to buy the beer cans from his son and let him collect soda cans instead. Once again, Rick incorporated can hunts into his travels and brought home any cans of interest he found. “We’d always open them from the bottom. More than half of my cans are opened from the bottom, even the old ones. That’s the birth of the soda can collection. That would have been 1994.” 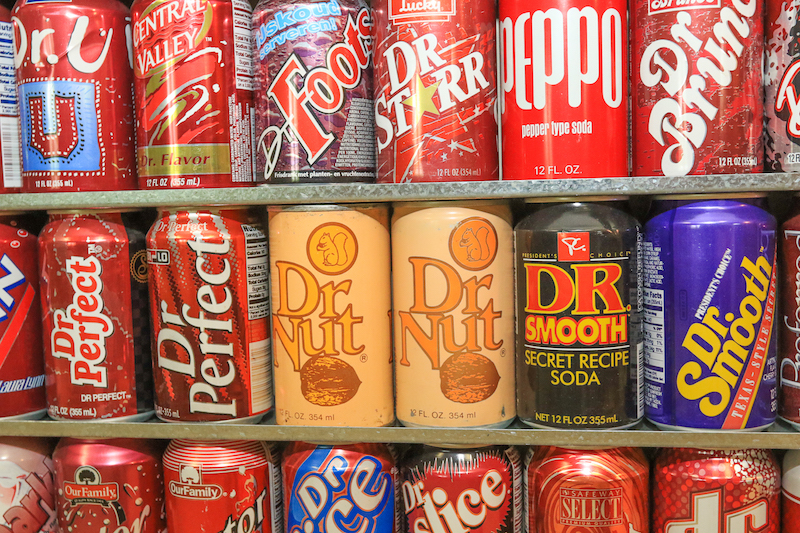 When his son, Ben, graduated from high school, his assortment of soda cans was massive. “I agreed to buy his collection because he wanted spending money for college,” Rick says. “Soda cans have been a phenomenal investment. Cans I bought 10 years ago for a dollar are selling on Ebay now for $25 to $50 each.

According to Rick, the first soda can came out in 1938. The main reason Rick got excited about collecting cans is that he’s always been fascinated with marketing and the advertising options available on the colorful surfaces. Soda companies have huge advertising budgets, he points out, and they use them well.

“I love advertising. I usually watch the Super Bowl game for the commercials. I love good ad campaigns. The very best marketing people in the world work for soda and beer companies.”

Rick is a member of the National Pop Can Collector’s Club, an organization for collectors of vintage cans, national-only brands, cartoon cans, sport cans and “just about any group you can think about,” according to the NPCC website. Friends, co-workers and acquaintances bring cans they find to Rick in case they are new or pertinent to his collection. He has amassed about 14,000 different U.S. soda cans, about 6,000 duplicates, nearly 2,000 beer cans and 2,000 foreign cans, plus a few bottles thrown into the mix. Some of the cans are misprints or slight variations of the original – rare because their labels are wrong or contain minor details that vary from the original. Not all of the cans are in what Rick classifies as “perfect shape,” but the basements in which Rick stores and displays them are climate-controlled. 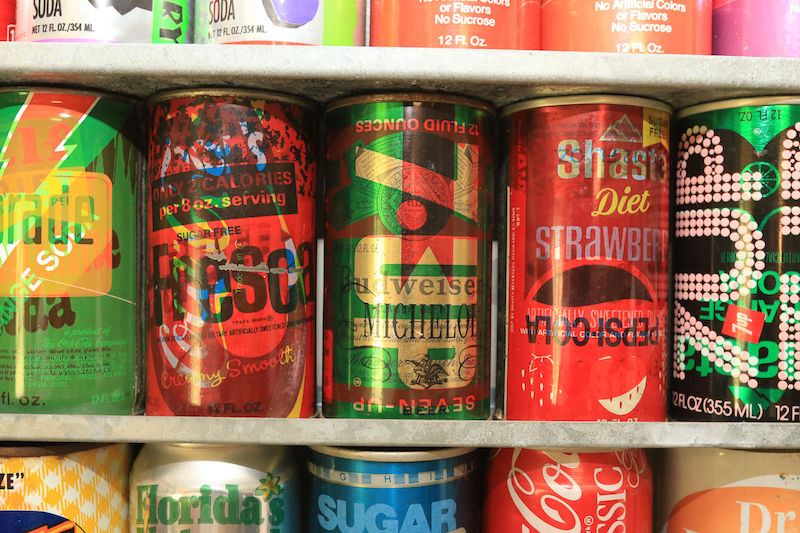 Someday, Rick says he would like to find an old space in the Birmingham area to open a can museum. When it comes to collecting, “If you want to do it right, you have to be a little obsessive and always be looking.”

To supplement his can collecting, Rick also dabbles in other collections, including fossils, currency, logo golf balls, Starbucks mugs and even four-leaf clovers (he’s found hundreds over the years). He is also vice president of sales for McLeod Software, a successful and fast-growing tech company, soon to move their headquarters to Shelby County.

Through it all, Rick credits his wife with being a good sport about his hobbies. One thing’s for sure: Rick hasn’t wasted his time on items without value. And, for what it’s worth, he is adamant that he’s not a hoarder, but a meticulous collector.

“If you’re going to have a hobby, have a hobby that’s esthetically pleasing to you, educational or a great investment … and do it right,” he says. “The difference between a hoarder and a collector is all about organization.” 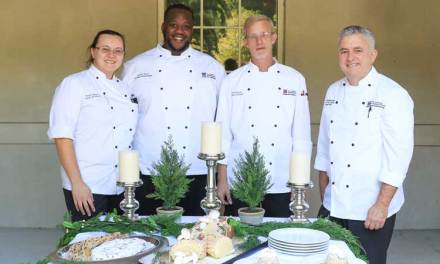 Sweets of the season 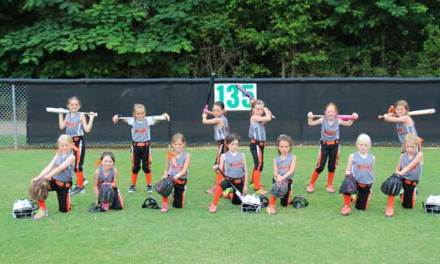 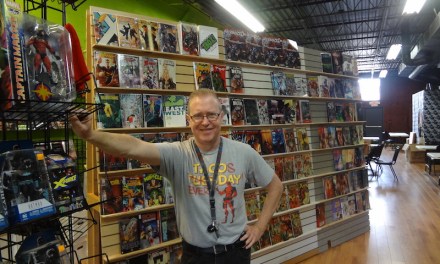 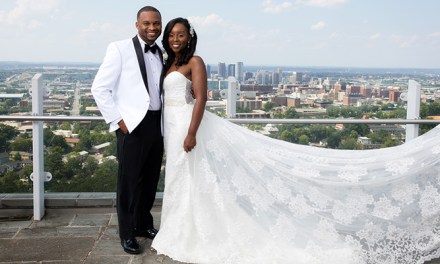