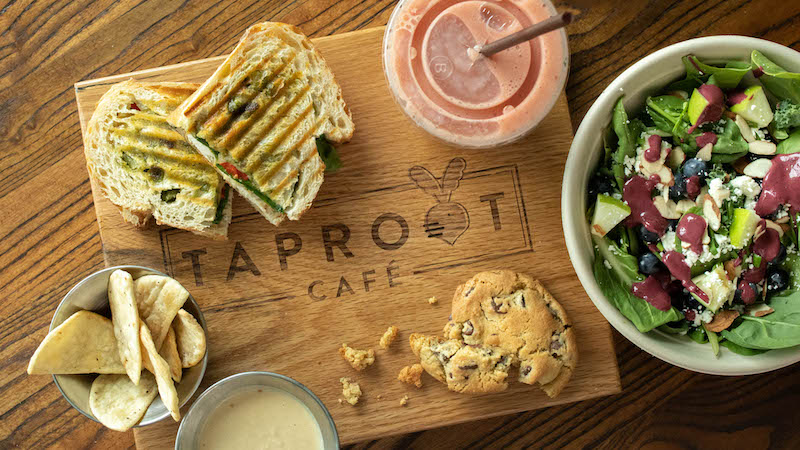 A taproot grows vertically downward in the soil, making space for other roots to grow and access the nutrients they need. And now that idea has come above ground on John Hawkins Parkway next to Jubilee Joe’s.

This past April, Reggie and Michelle Torbor started watering, if you will, Taproot Café as a place for people to not only find tasty, healthy meals, but also to support local farmers and small businesses. “Part of what I love about Taproot is, yes, you’re getting to enjoy a meal, but you’re also getting to help and touch a lot of lives,” Michelle says.

The couple lives and is raising their family in Hoover, so opening the café there made perfect sense to them. Originally, they planned to open a Smoothies-N-Things franchise, but five days before it opened, they changed their minds. “We opted to go in a direction where we could use locally sourced, healthier ingredients,” Reggie says. “It was a tough decision, but we felt it was the right one.”

“It’s our hope that if people have locally sourced products, we will come to their mind when they want to get their product out,” Reggie says.

A menu on the smaller side allows them to focus on making each salad, sandwich, hummus, toast and smoothie as fresh and flavorful as possible. For example, their smoothies have either almond or oak milk, fruit and honey — unless the customer adds protein. “You know you’re getting what the fruit has to offer,” Michelle says. “That was important for us to maintain that in our menu items. We strive to keep everything as simple as possible and let the food speak for itself.”

Case in point: Their chicken pesto sandwich—which comes with a chicken breast, house-made basil pesto, roasted red peppers, spinach, mayonnaise and smoked provolone—is especially popular, along with the pineapple carrot ginger and avocado lime smoothies. For those with dietary restrictions, the veggie sandwich with mushrooms, onions, basil pesto, mayonnaise, roasted red peppers, goat cheese and balsamic vinegar has been a hit too. 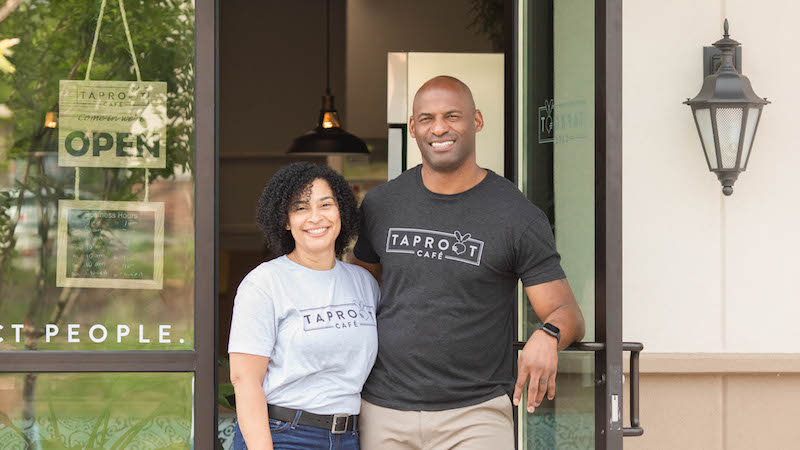 The couple came up with all of the menu items themselves and put their ideas on sticky notes around their house when they were in the early stages. Though neither of them has restaurant experience, they do have a passion for what they do. “Reggie is the best cook in the house,” Michelle says. “He likes to try new things and has fun doing it.”

A former NFL player, Reggie especially knows the importance of focusing on physical health too. (Read more about his career on page XX.) “If you take care of your body, it will take care of you,” he says.

Michelle, who also owns Cardinal Wellness in Hoover, says science shows that someone’s diet impacts their mood and thinking capacity too. “Being our best selves is important to Reggie and me,” she says. “We choose to put things in our body that are good for us. The pieces that went into this project with Taproot came naturally to us. It’s in everything we do.”

For Reggie, his favorite parts about Taproot have been meeting people from across the community and spending more time with Michelle’s brother, Eric Myers, who runs the café.

Michelle says she enjoys providing a place where people can come to find an inviting space and menu options for a variety of dietary restrictions. Each visit supports not only local farmers and businesses but also the young people who work there too.

And they haven’t been short on visitors, with customers continually asking when they are going to open more locations. The couple says they currently don’t have plans to add more cafes and instead are focusing on doing the best they can at the single location. For them, that means being known as a place that supports farmers and other local businesses.

“If you’re growing a small business or creating something, we hope Taproot comes to your mind as a place to have your product featured,” Reggie says. “That would be a dream come true for us.”

The restaurant industry might not be in Reggie or Michelle Torbor’s background, but they still put their experiences and skills to good use with Taproot Café.

Reggie played football at Auburn University, later heading to the NFL as a linebacker for the Miami Dolphins, Buffalo Bills and New York Giants, where he won a Super Bowl in 2008.

It was during his time with the Giants that he first mentioned an idea for one day owning a café. While eating at a deli in New Jersey, Reggie began talking about what he’d like to do one day after finishing his football career.

“I remember him saying he wanted to open a small café or deli and have like five sandwiches on the menu—and do those really well,” Michelle says. “That idea has always been appealing to him.”

Reggie achieved that dream when they opened Taproot. He might not be taking the field anymore, but the lessons he learned playing football have stuck with him and affected who he is and how he approaches the café.

“It taught me that it’s the little things that matter, the details people overlook,” Reggie says. “We can understand we do a few things well and be grateful for those things and find ways to improve.” 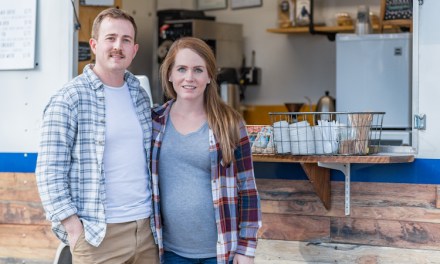 Roasts on a Roll 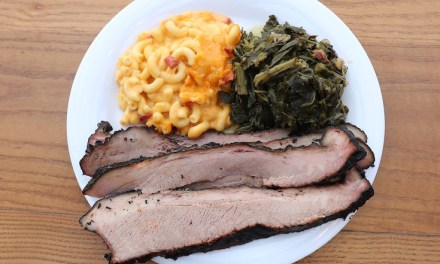