The first graduating class from Hoover High School is reminiscing about their school days and getting ready to celebrate their 20th reunion this month.

In the past two decades, the school has not only added to its student population, but it’s also grown in its academics, sports and fine arts. While the school has gained state and nation recognition since opening, that didn’t come without some early adjustment pains.

Rewind to 1994, and Dr. Connie Williams — the school’s first principal — was taking teachers from Hoover High’s predecessor, Berry High School, on a tour of the new building as it neared completion.

“It was the largest high school in Alabama in terms of square footage and one of the top three or four in terms of number of students enrolled,” says Williams, who is now retired.

While still under construction, Williams says she spent hours exploring every area of the building to be ready for the school year.

“Because the Hoover Board of Education had provided for such a beautiful, well-equipped facility, we attracted a great deal of attention,” she says. “During that first year, we had many visitors from other school districts in Alabama and some from other states. Some days, I felt more like a tour guide than a principal.”

Anne Kemp, one of the original Berry teachers who made the transition to Hoover High School, remembers the day well.

“We had seen the plans for the school and were even given some input into the design of the rooms. But walking through the actual building, we were all in awe,” Kemp says. “At Berry, I was in a trailer, so it was nice to have all of the teachers in one building. I was also particularly proud of the large storage closets included in each classroom.”

For the first time, teachers and students were all in the same boat: They were learning where everything was at the same time.

Like any first day of school, some students were excited to see the new building, while others were nervous about finding their ways around and figuring out how to get from one classroom to another in time. Even bathrooms caused some confusion that first year.

“The two sets of bathrooms on each hall are mirror images of each other — at one end of the hall, the girls’ is on the right and the boys’ is on the left. But at the other end of the hall, it is the opposite,” Kemp remembers. “That first year, students and teachers alike were constantly walking into the wrong bathroom.”

Motion-sensor lights in the classrooms also left students in the dark at times. “If a class was reading quietly or testing, the lights would go out because of no movement,” Kemp says. “You’d walk down the hall, and see a whole classroom full of students waving their hands in the air to get the lights back on.” There were plenty of funny moments like these as students and staff adjusted to the new school.

For seniors who had spent their first three years of high school at Berry, the move to Hoover was difficult.

“Some of them were not happy to be in a new school, and especially one with a new name — and that was completely understandable,” Williams says.

The students had mixed emotions about entering their senior year in a new building with no history or legacy. To help make the transition easier for students, they kept the same mascot and school colors that they had at Berry High School.

“Berry High School had such an amazing history and legacy,” says TJ Zito, a 1995 graduate. “Many of us did not want to be known as Hoover at the time. Although, Hoover had so many advantages over old Berry, the ‘old school’ feel was part of us.”

It took time for them to build Hoover High pride, he adds. “The school system had such pride in an amazing building, but many people resisted the ‘newness’ and missed things like parking in old Berry’s gravel lot, against a freshly paved new parking lot,” Zito says.

“I had mixed emotions because Berry had been home. All of my siblings went there. I had grown up in the gym and around the baseball field, and it was where I met Tyler, my husband,” Burgess says. “However, once I made my first visit up to see the new high school, it was amazing. It was so new, pretty and huge. The facilities were overwhelmingly light-years ahead of what we were used to at Berry.”

Adding to the uneasiness for many was the death of Berry’s beloved coach, Bob Finley.

“Coach passed away the summer before school opened, so a handoff from old legacy to new legacy never really took place,” Zito explains.

Burgess remembers him showing her around the new school. “Coach Finley gave me a tour around the new gyms and weight room facilities. To see his face light up like that was awesome,” she says. “It wasn’t long after that he passed away. So my last time with him was that day, and he was so proud of our new school.”

But, opening jitters and uneasiness aside, the senior class made great memories that year and laid the groundwork for future classes to follow.

“The coolest moment that first year, hands down, has to be the Hoover vs. Robert E. Lee football game,” Zito says. “It was a stormy night with lots of rain, and Robert E. Lee was No. 1 in the state and ranked in the nation. We pulled out a win, and the students stormed the muddy field. It was an amazing celebration with the players. We were all very proud of them for battling everything they faced with changes that season.”

They also made lasting memories with senior pranks. After Principal Williams slipped on a ketchup packet and fell in the school lunchroom, several of the students gave her a reminder during the graduation ceremony.

“All of them decided to hand me ketchup packets because of my totally undignified slip in the cafeteria,” she says.

Zito also concocted a prank idea that got him in some trouble but made for a classic story. After a radio station called the high school “Hoover Prison” and the students “inmates” the week of graduation, he decided to take that to the next level.

“I was the last person going across the stage, so I dropped a ball and chain out of my robe,” Zito says. “So I went with the prison theme for the prank, which ended up with Coach Whitley making me pick up trash at 8 a.m. the next morning before I could get my diploma.”

Now, those former students are seeing their high school journeys come full circle. Zito still lives in Hoover and gets to share his alma mater with his family.

“I attend football games with my wife and son,” Zito says. “I even bought new Hoover shirts as an alumni. I am very proud when I tell people Hoover High is where I went to school.”

One member of the Class of 1995 has also gone on to gain national fame. Taylor Hicks, who won the fifth season of American Idol, was a part of the first graduating class. Hicks played varsity baseball, soccer and basketball at Hoover High School.

The school’s next milestone graduating class will be in 2018 when the class of 1998 celebrates its 20th reunion. Members of that class hold the distinction of being the first class to attend Hoover High School all four academic years.

Phillip Christian, a 1998 graduate, also found pride for his school building in his adult years, as his daughter will soon attend the same high school as her father.

“I never imagined that my eldest daughter would go to all of the same schools in Hoover that I attended,” Christian says.” When I found a home for our growing family zoned for Hoover High School, I jumped on it. It’s becoming a family tradition.”

Although some members of the Class of 1995 were hesitant at first to move into a new school, they now look back with fond memories.

“It’s pretty special being the first graduating class of a new school,” Burgess says. “I have wonderful memories of both schools and our administrators, teachers, counselors, coaches and staff.”

This article originally ran in the August issue of Hoover’s Magazine. 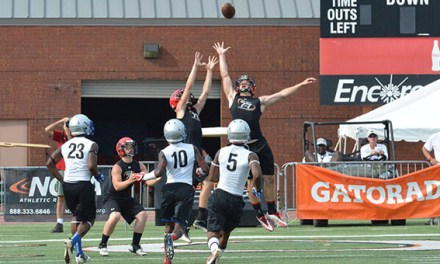 Football teams come to Hoover for 7-on-7 event 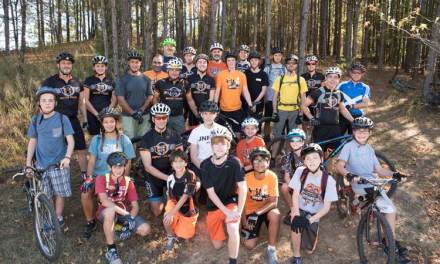 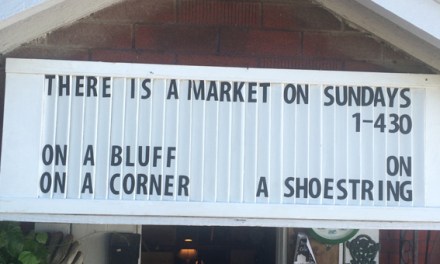 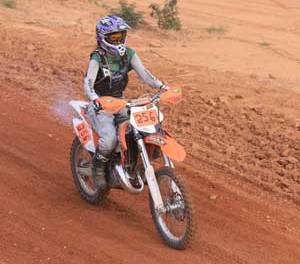 In gear, year after year