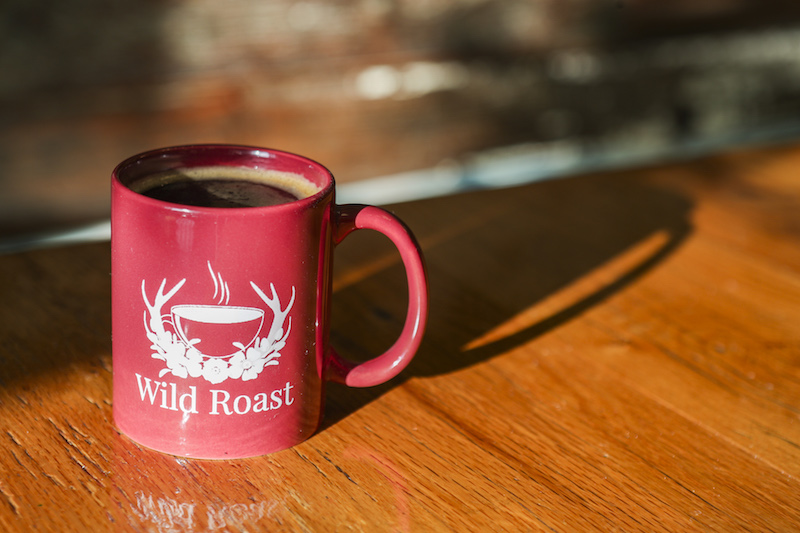 Good things are brewing for this new caffeinated community of artists and neighbors.

One of the many great coffee shops Bart and Shannon Styes frequented after they met in Minneapolis was a Victorian-themed shop inspired by Oscar Wilde. It’s now a restaurant on the Mississippi River called Wilde Cafe. Years later, when the couple started planning to open their own coffee shop in Bluff Park, the memories from one of their favorite spots kept “percolating,” so to speak.

“We kept thinking about the setting here in Bluff Park,” Bart says. “The scenic overlook, the nearby Preserve, and critters all around us. We liked the idea of our coffee shop being a place where people felt, not ‘wild and crazy,’ but ‘wild and free.’ Free to relax and free to be creative; our focus is on creativity and community.” From this vision, Wild Roast was born. 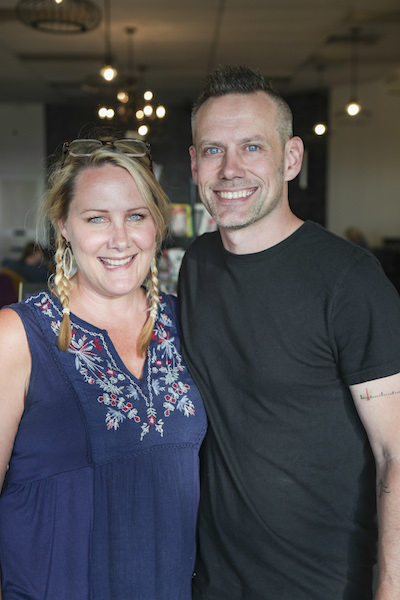 What makes Wild Roast different, according to the couple, is Wild Roast has a much larger customer seating area than most shops so people can spread out and relax. There are couches, tables, easy chairs, tea tables and corner nooks to have all to yourself. “This is the place to come and write a book, work from your laptop or have a long conversation with a best friend without feeling rushed. That, plus the incredible sunsets over the bluff, are a real wow factor for us,” Bart says.

Wild Roast even has an entire table dedicated to puzzles people work on as a community, and a kids’ play area that doubles as a stage. After only being open a few months, the Styes say the response has been great. “Our soft opening during spring break was like a tsunami. We definitely appreciated the encouragement and patience as we learned the ropes of operating our business in those first few weeks,” Bart says. “Starting your own business takes equal parts grit and crazy. We used some of our own money, launched a crowdfunding campaign and also acquired an equity investor. No matter how much you anticipate what needs to be done, there will always be more.”

The Styes credit Hoover’s elected officials and administrators for pointing them in the right direction as they began the process of starting their own business in the city. Besides codes and ordinances to learn, the space at 585 Shades Crest Road needed upgrades to the electrical, plumbing and other utilities handled by licensed professionals. Friends of the couple also volunteered with paint brushes, hammers and drills for several months to get the coffee shop up and running. 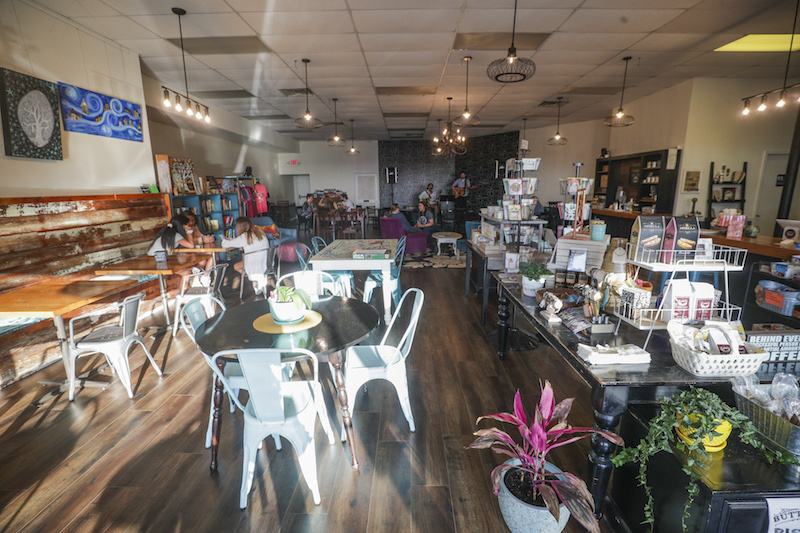 Wild Roast is the only coffee shop where you can order a Harper Latte or a Hank Sr. and not get a funny look from the barista. The specialty drinks are favorites among coffee connoisseurs on the bluff, but Bart notes a great coffee drink starts with a great cup of coffee. “We have had wonderful mentors at O’Henry’s Coffee Company, a local coffee house and supplier, which is where we source our coffee beans.”

O’Henry’s provided onsite training with the Styes and their staff to teach them the art of making coffee. “You don’t screw up a great cup of coffee,” Bart says. “We brew great coffee because we have great beans, which we strive to store, prepare and serve correctly.”

And they studied the process “like crazy,” Shannon adds. “I watched videos on my lunch breaks and stayed up until all hours searching for information and expert advice. It helped that I absolutely love coffee and have spent a good bit of time (and money) in coffee shops over the years.” 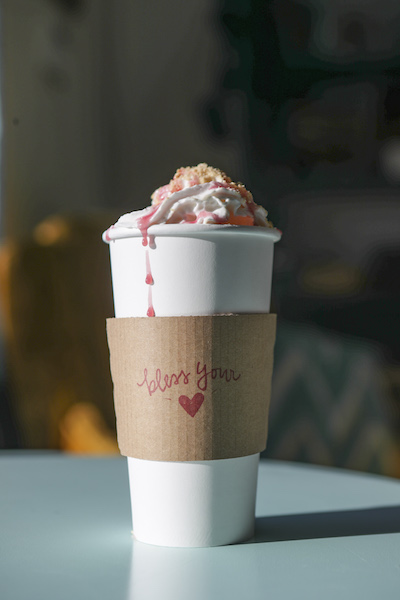 Bart and Shannon take their products seriously, but not so much themselves. “What separates Wild Roast from a lot of other places is the fun and creativity that we bring to our specialty drinks,” Bart says. To craft these drinks, Shannon spent many hours researching local artists and flavors that would represent Alabama. The Harper Latte is named in honor of Harper Lee, author of To Kill A Mockingbird. One customer described it as having the flavor of blackberry cobbler in a cup. The Hank Sr. is named for none other than Hank Williams Sr. and has black walnut and bourbon (non-alcoholic) flavors with a little cinnamon kick at the end. Both can be enjoyed hot, iced or frozen.

“Our most popular frozen drink by far is the OREO Speedwagon, which has an extra shot of espresso to get you going and can be ordered in Mint and S’MOREO flavors as well,” Bart says.

Wild Roast also features a drink of the month with a theme or seasonal taste. In June, they paid homage to Prince’s Purple Rain and created a drink with edible purple glitter and a crazy straw. To celebrate America in July, a red, white, and blue Bomb-Pop freeze was the specialty drink.

Kids have their own menu at Wild Roast, with hot chocolate, smoothies and a frappe (no expresso) topping the list. After their first child, Shannon says she got the idea for a coffee shop called Cafe Bebe, where moms could bring their kids and feel at ease. “Hence, the Cafe Bebe menu for kids,” she says.

Along with coffee and specialty drinks with a creative spin, Wild Roast also offers a variety of teas, frappes and smoothies. “We have new summer flavors like the red and white sangria flavored slush, and the Bluff Park Sunset added to our menu,” Shannon adds.

You’ll often find Bart and Shannon behind the coffee bar making drinks, visiting with their guests and testing out new recipes. “I have to admit that taste-testing Shannon’s recipes for the specialty drinks is one of my favorite parts of the job,” Bart says. And Shannon’s favorite drink? A sugar free Dulce de Leche iced latte. 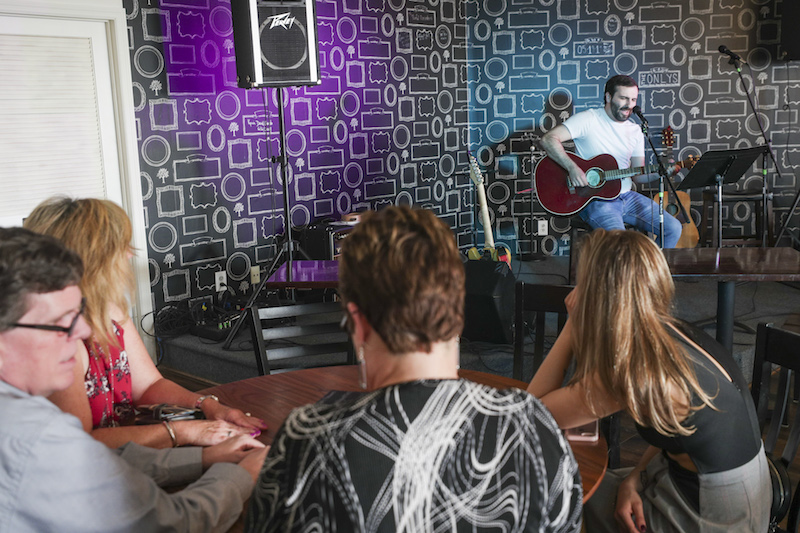 What goes better with a cup than sitting and enjoying live music with your coffee or tea? The Styes have brought several musicians to play the stage at Wild Roast. “Some are folks that we know personally, and some have reached out to us after seeing the stage when they visited for coffee,” Bart says. The first performance featured a band of Hoover High School students who had just released an indie rock album. The second show was a Bob Dylan tribute.

Bart says because Bluff Park is home to so many creators, the addition of live music to the coffee shop creates a great platform for showcasing local talent. “Most of our live music has been on Friday and Saturday nights, but that may change once football season starts,” he says. “If a performance is after our normal business hours, it is almost always a ticketed event. But on occasion, we will have a very casual, acoustic performer on the stage for our afternoon customers at no charge.” 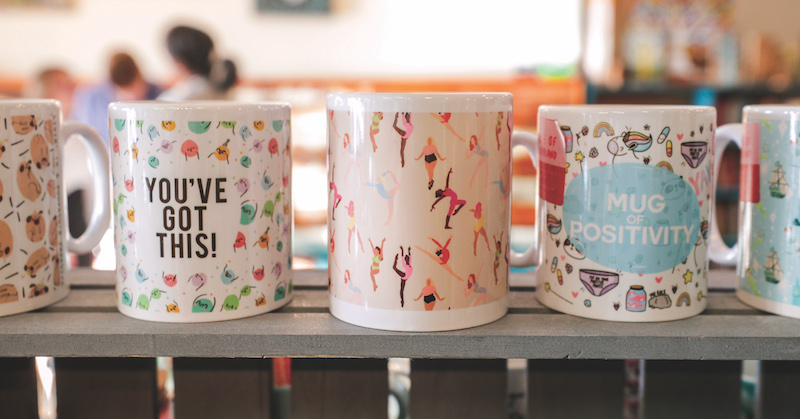 From their soft opening during Spring Break to their grand opening in May, Bart and Shannon have poured their lives into creating an experience unique to Bluff Park and Hoover all while keeping a local flair. “We feel that it is important for all of us who live here to shop local when we have a chance,” Bart explains. “We love how much more connected we are to our neighbors and have met so many interesting people. Owning this specific kind of business has its moments that are a grind. But it also very social which makes it very much worth it,” Bart says. “A grind? I see what you did there,” Shannon adds with a grin. 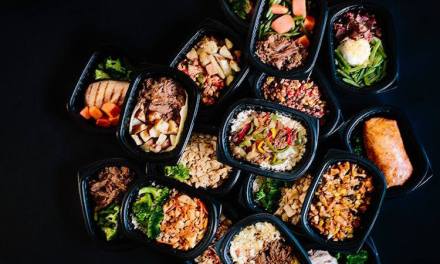 A Taste of the New Clean Eatz Cafe