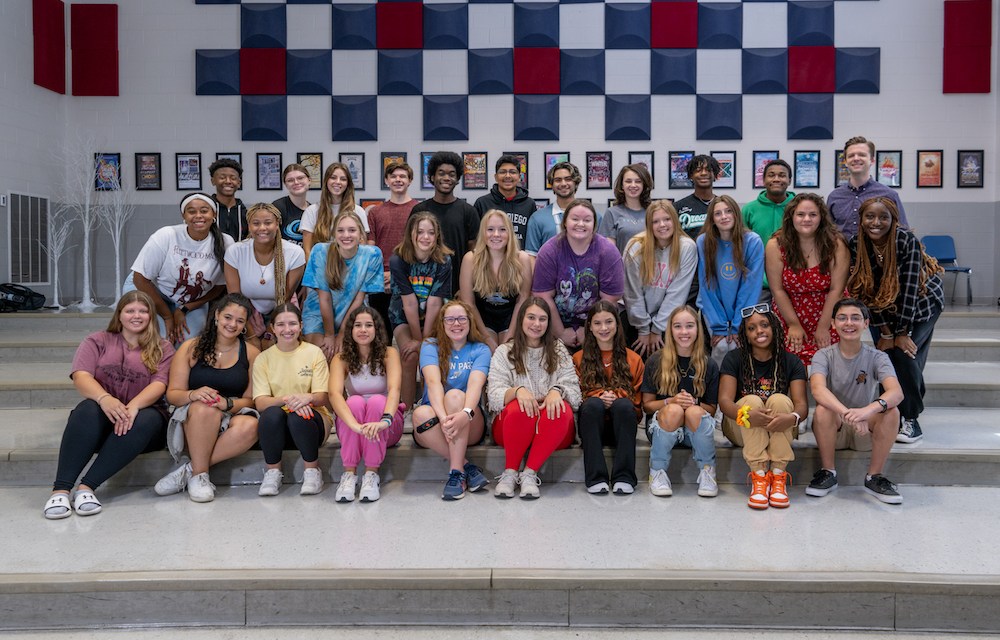 Whether they are performing for their peers or on the grandest of stages, Spain Park High School’s Rhapsody in Blue show choir pours their hearts and talents into each show.

They are one of the five choral groups open to ninth through 12th graders at Spain Park, which also offers concert choir, treble ensemble, chamber choir and Silver Lining a cappella group, says Jim Schaeffer, director of choirs since 2015.

“What I love about the choral department at Spain Park is how it’s well-rounded and offers something for anyone who wants to sing,” Jim says. 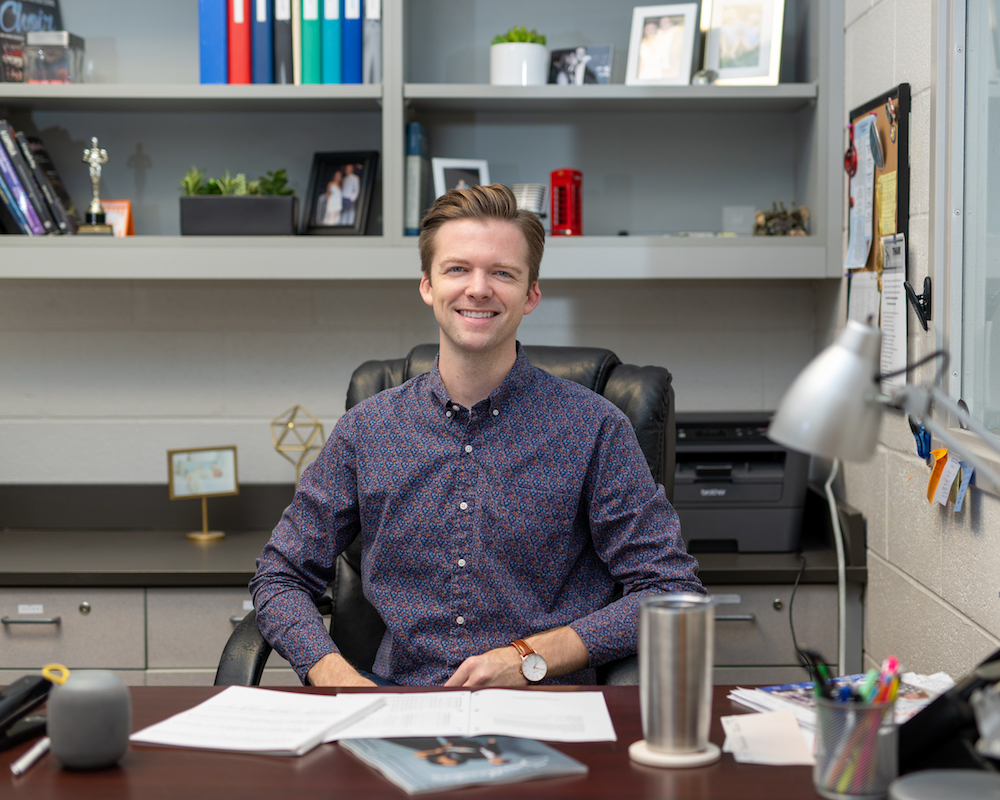 All of the choir members from Spain Park were invited by Choirs of America Nationals for Top Choirs to perform at Carnegie Hall in spring 2022. The about 65 students who went worked with world-renowned conductors and composer, Elaine Hagenberg, to perform the world premiere of her piece, “Measure Me, Sky!”

While this was Jim’s third time taking a choir to Carnegie Hall, that year was different because of the COVID precautions still in place and also being able to perform with other groups.

“We’ve been singing for the past two years, but we haven’t been able to experience people singing with us during that time,” he explains. “It was a fantastic coming-out party for the singers. No only to perform for the first time in a long time, but also to be part of something that’s so much greater than ourselves or anything we could put on stage at Spain Park.”

One of the choral students who performed at Carnegie Hall was Maria Ritchey, senior choir member and co-choir president with Ella Jayne Hyde. Music and performing have always been a big part of her life, she says. 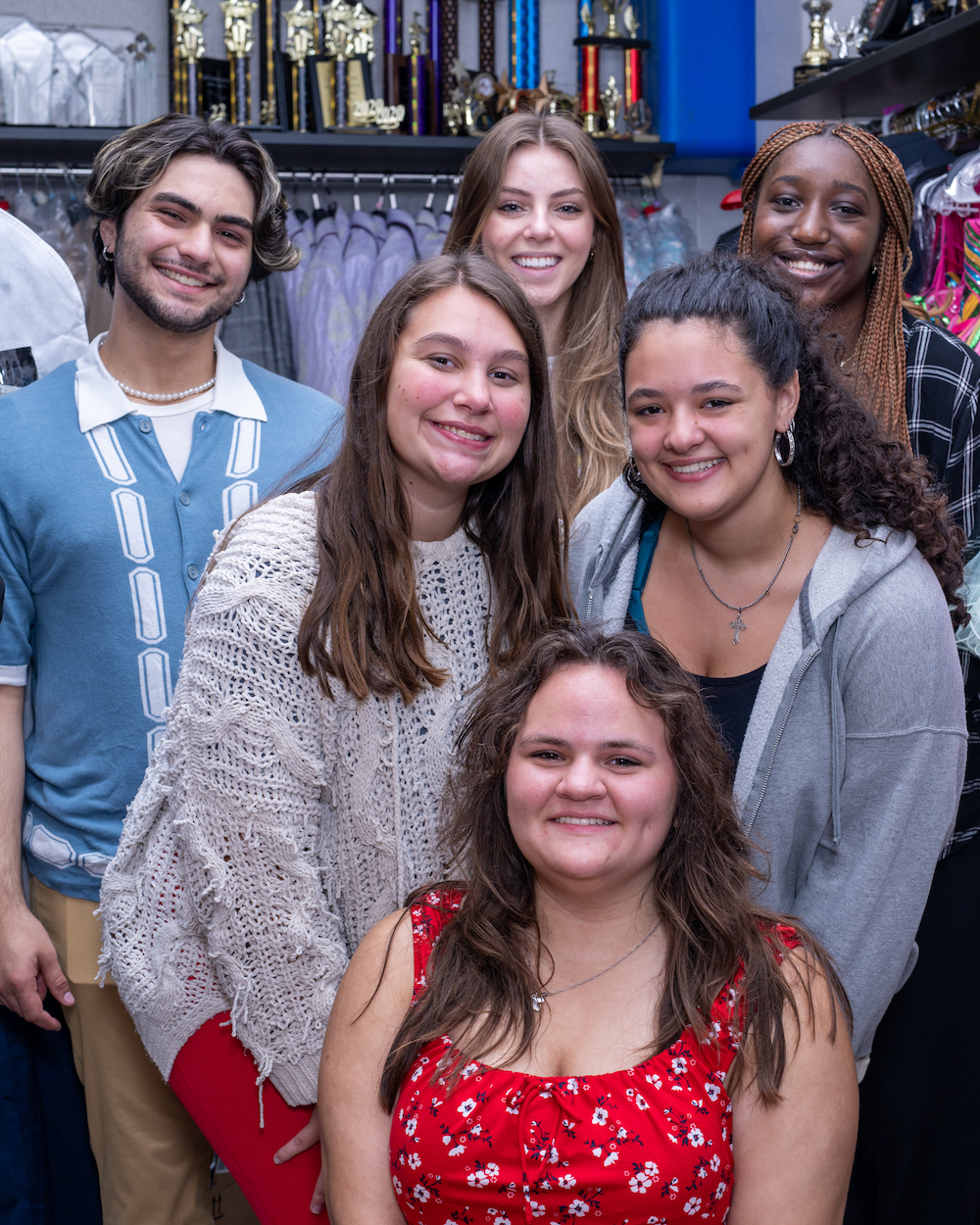 “I was surrounded by show choir growing up because five of my eight older siblings were in show choir before I was,” Maria says. “I knew from around age seven that I wanted to be a part of Rhapsody in Blue.”

She says it was an honor for them to be invited to perform at Carnegie Hall. Getting to share that experience and sing along with high school choirs from across the country made the trip even more meaningful, she adds.

“It was quite surreal for me, personally, to sing on that stage and be in New York because I am such a huge Broadway fanatic,” Maria explains. “It was a dream to sing on a stage where I’ve watched some of my biggest inspirations sing.”

To reach such a high level requires practice and dedication. During the first half of the school year, the show choir focuses on the choral aspect and performs in school concerts and holiday showcases—meeting during school and one day a week after school.

They then concentrate on competition season during the spring and move to two afternoons a week of practice to spend time on the choreography, which they learned from choreographer Nick Quamme. 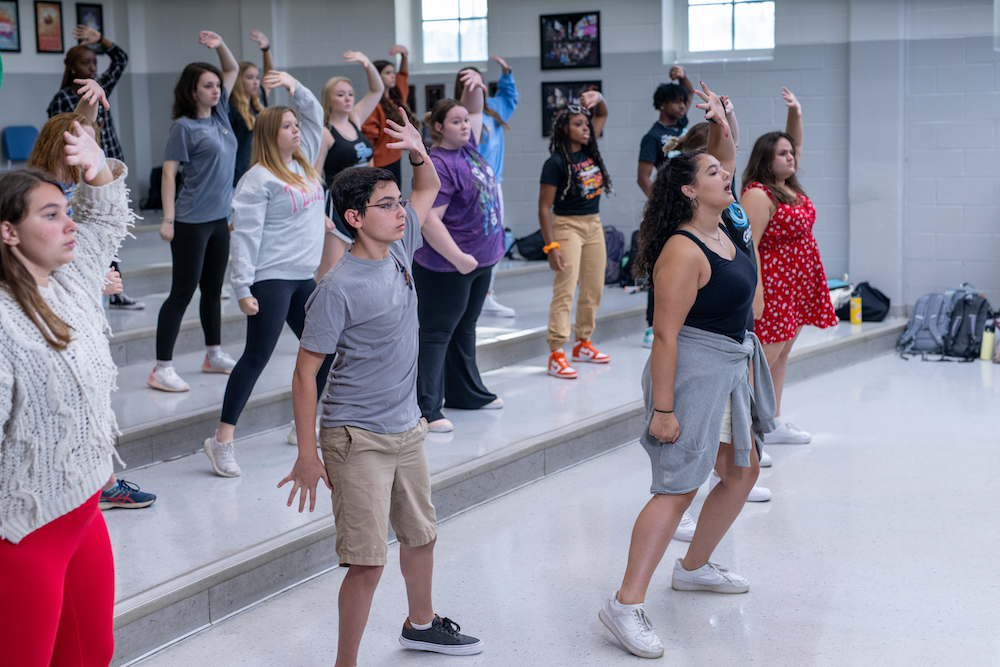 “Rehearsing together is crucial, but the personal practice we do outside of rehearsal is important also,” Maria says. “Each show choir member has to spend time practicing on their own, just like any performer or athlete has to do. Individual preparation helps us practice better together.”

Each year, the show choir has a theme for their competition show. Last year, it was “The Color Revolution: Television in the 60s.” The show took audiences through U.S. historical events in chronological order as told through the television, representing how many Americans saw and experienced these events.

The Albertville Diamond Classic competition was especially monumental for them because a middle-mixed division group very rarely is selected as a Top 5 group of the day—and they made it all of the way to first runner up in the whole competition. 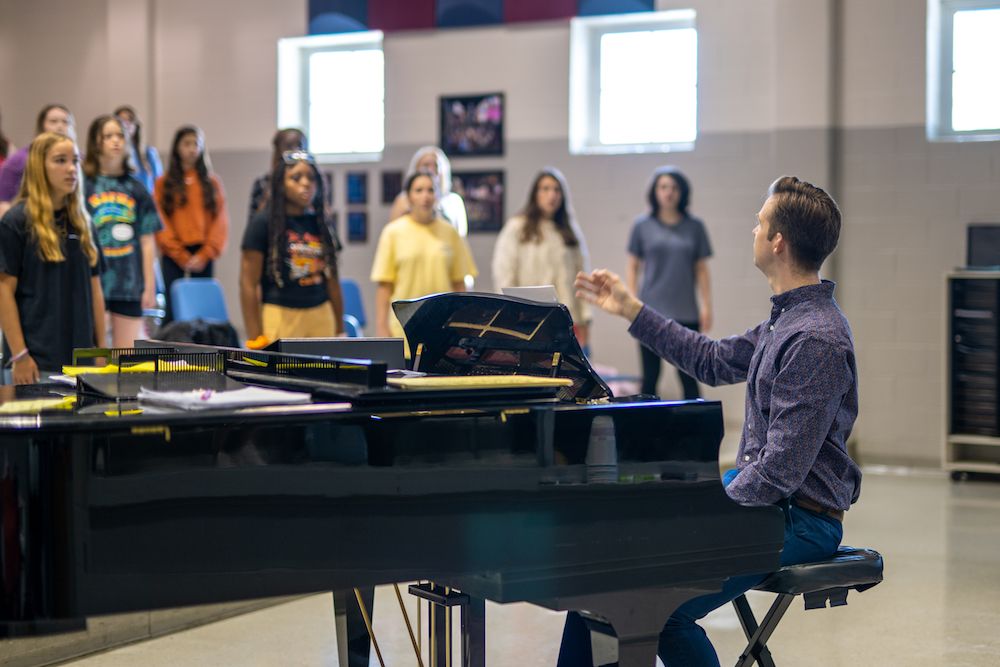 “That was not the expectation,” Jim says. “The only group above us was one of the best in the nation. Getting second place was pretty much like getting first.”

This year’s show theme focuses on letters. Songs will include “The Letter” by The Box Tops, “Please Mr. Postman” by The Marvelettes, “Signed, Sealed, Delivered I’m Yours” by Stevie Wonder, “Message in a Bottle” by The Police and “Letters from War” by Mark Shultz. The group performed at the National Peanut Festival Choral Competition Nov. 6-7 in Dothan, Alabama.

Jim asks his students what they enjoy about competition day, and they said they enjoyed seeing the other shows. He says he also enjoys seeing the creativity of his teacher peers at the events. But no matter if their choir wins or not, they always watch a recording of their performance on the way home.

“We can celebrate what we looked and sounded like,” he explains. “Show choir is something that’s so subjective, and the groups are so different. We perform one time on that day for specific judges, and their opinions can vary greatly. We keep that in mind and do the best we can. It’s an art that we’re sharing.”

The students are what make the show choir so special from year to year, especially the group’s leaders—whether that’s the students who see themselves as leaders or when their peers see them that way, Jim says. 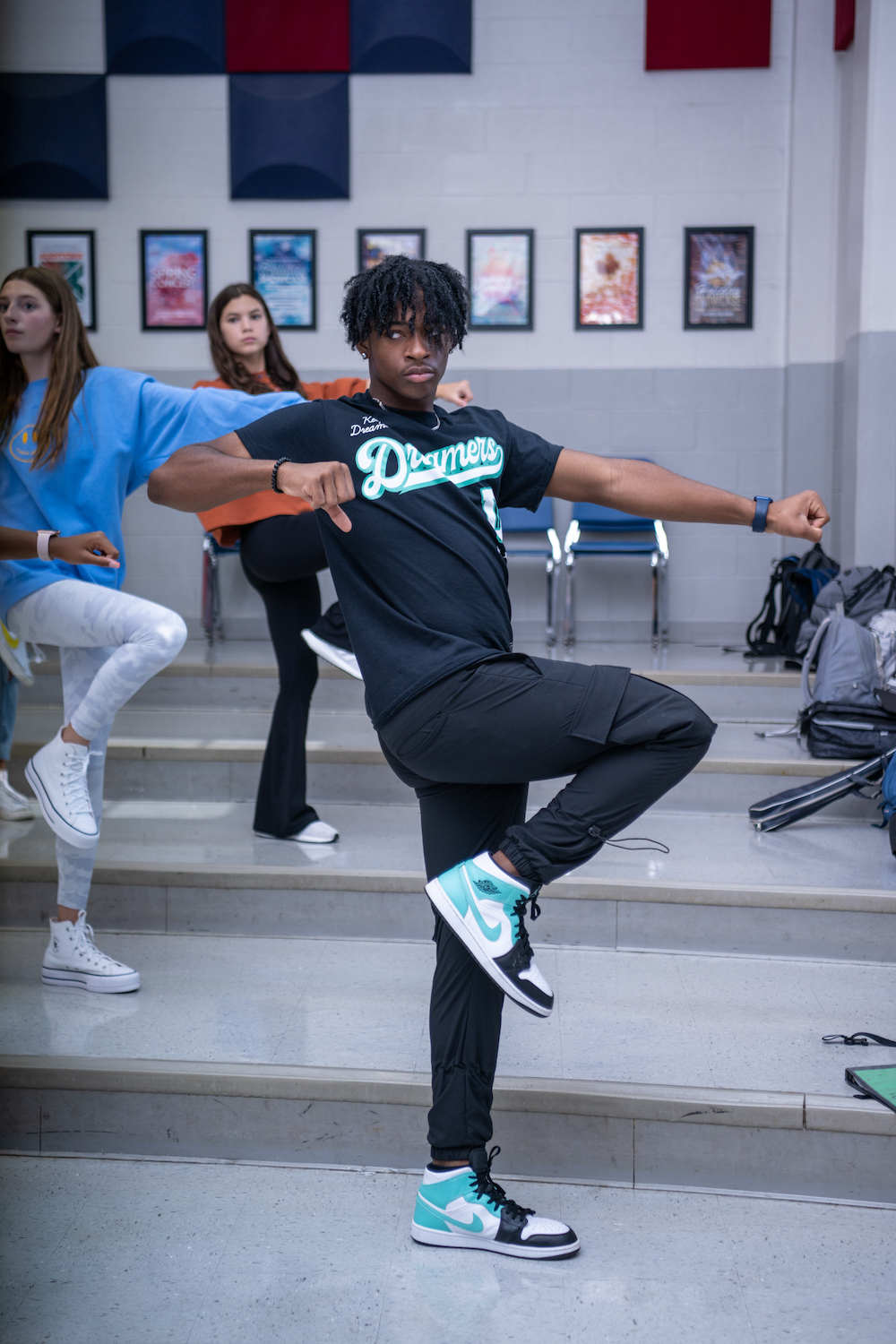 “Being a leader, a lot of times, is not a position but when students are willing to rise to the occasion,” he adds.

As one of those leaders, Maria’s favorite part about being a member of the show choir at Spain Park is how the group is a big family. She says she’s made so many friends—and her younger brother is also in the choir with her this year.

“Rhapsody is made up of people from so many different backgrounds, and we all have different interests,” she says. “But, we come together over a love of music and performance.”

The Rhapsody in Blue show choir will compete and perform across the state and beyond in 2023: 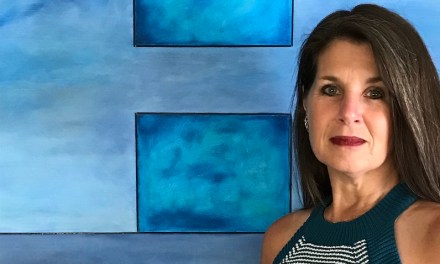 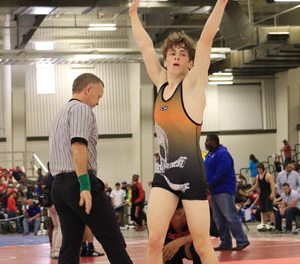 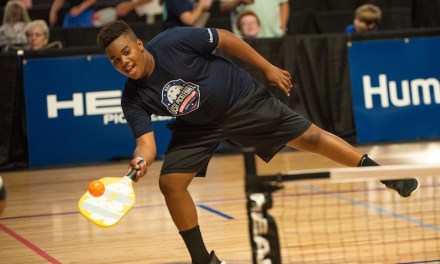 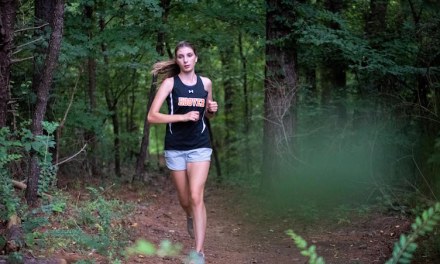