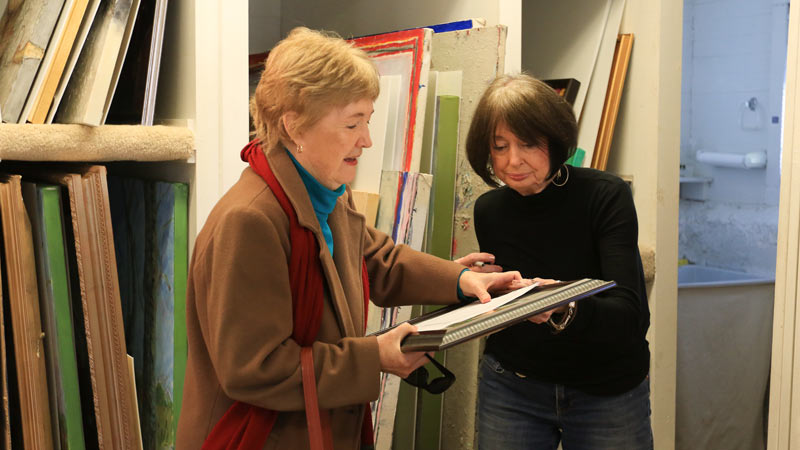 Pat Dicas was surrounded by science as a child.

Her father was a scientist, and she recalls many a conversation in her family’s California home centering around scientific topics.

“I come from a scientific family,” Dicas, of Hoover, said. “We had physicists at the breakfast table.”

She followed a similar path, majoring in philosophy and physical therapy at San Jose State University.

But underneath the layers of science-related knowledge, Dicas harbored a longtime love of art.

“I didn’t major in art because I didn’t think I was good enough,” she said, “But I loved it.”

This love – and her natural propensity for lassoing light with a paintbrush and oils – has led her to a critical juncture in her now full-time dedication to art.

Her oil on canvas painting titled “Brenna – The Selkie” received a Work of Merit award, and her “St. Francis d’Assisi,” an oil on linen painting, received an Honorable Mention award.

“This was an extraordinary opportunity to compete nationally on this level, and I appreciate the organization for that,” Dicas said of the NLAPW, a professional organization for women in the arts.

She is a longtime member of the NLAPW’s Birmingham Branch.

Dicas and one of her daughters traveled to Washington, D.C., for an awards banquet in the spring. Her two paintings and the other winning entries in art, letters, music composition and multi-discipline works were displayed in the Vinnie Ream National Exhibition hosted by the Karpeles Manuscript Library Museum in Jacksonville, Florida, from Sept. 2-Oct. 30.

In addition to the awards, “Brenna – The Selkie” was selected as the cover art for the Winter 2017 issue of “The Pen Woman,” the quarterly magazine of the NLAPW.

To see her painting on the cover was “amazing,” Dicas said.

“I’ve been richly blessed,” she said. “It’s a wonderful thing to have happen to me.”

The competition also required entrants to write an essay as to how their work ties into the artistic attitude of Vinnie Ream, a sculptor, writer and composer whose Carrara marble statue of Abraham Lincoln she was commissioned to create for the federal government when she was 18 years old still stands in the Capitol Rotunda.

“Every time, I’m after light, and I’m after beauty, no matter what it is or what I’m doing,” Dicas said. “It’s hard to think about why and how when it’s something I do.”

The following quotation from Michelangelo remains affixed to her easel for inspiration as she paints: “God speaks to mankind through beauty.”

And Dicas deemed “Brenna – The Selkie” and “St. Francis d’Assisi” to be among her best work, with visible signs of her personal reasons for painting – capturing light and beauty and freeing them on the coarse surface of canvas.

Brenna is the name of a girl whose grandmother was Dicas’s studio mate at the time. Brenna visited the studio and modeled for some of Dicas’s portraits.

“She did have this quiet quality,” Dicas said, noting Brenna was a delight to have in the studio because she never disturbed anyone or anything. “She would come in and walk around the patterns on the floor. She was kind of melting into the studio atmosphere herself.”

Brenna’s family has deep roots in Scotland, Dicas said. In Scottish folklore, a selkie is a mythical creature, similar to a seal or mermaid, that swims in the water and takes on human attributes on dry land.

“She had huge, gray-brown eyes that reminded me of a harbor seal,” Dicas said, hence the selkie connection. “I love telling the story of Brenna.”

Dicas painted the buttons on Brenna’s outfit as pearls, painted a seashell necklace on her and formed a rose reminiscent of seaweed.

With St. Francis of Assisi, Dicas said she “wanted to paint the intensity of sainthood.”

“It’s all about seeing. As a painter, it’s about seeing and understanding,” Dicas said. “I have to bend my mind around what I’m doing.”

She has painted as far back as she can remember, at least since she was in the fourth grade.

Among her earliest memories, she recalls admiring her Polish grandmother’s religious calendars hanging on the wall, and looking at them in amazement.

“As a painter, I say I’m self-taught, but that’s not really true,” she said, adding she reads “voraciously” and learns from every artist whose work she has seen.

And although her college studies in physical therapy might seem on the opposite end of the spectrum from art, Dicas said her knowledge of the human body, particularly “how people fit together,” has helped her with painting.

“I’m mainly a portrait painter, but I’m not as interested in faces as I am with the way bodies take up space,” she said. “I like storytelling.”

Dicas said she owns one small tube of black paint and uses it sparingly in her work. The colors she uses to portray her intended subjects in light are more instinctual than intentional.

“This is something I don’t choose; I just do,” she said. “All of a sudden, the painting tells the artist what to do, and it becomes what it wants to be. There comes a time when it’s as natural as breathing.”

Her work, including “Brenna – The Selkie,” can be seen at Artists Incorporated Gallery, of which Dicas is one of the original founding artists.

She also serves on the gallery’s board of directors.

Dicas studied art at Samford University under Dr. Lowell Vann, who is director of Artists Incorporated, located at 3365 Morgan Drive in Vestavia Hills.

Dicas receives commissions, and her award-winning work is in private, public and corporate collections.

When Dicas isn’t at the gallery, chances are she is painting in her Pelham-based studio, which she shares with fellow artist Druscilla Defalque.

In her studio, Dicas can shut out distractions and take her time to paint.

“You have to have that peace to work,” she said. “My work takes a long time to create. My nickname was ‘slow poke’ as a child, and I’ve never outgrown it, I need that long time of peace.”

She paints only in oils, which work well with her pace.

“I love it. I love the smell of it, the colors, the fluidity,” Dicas said. “It dries slowly and gives me time to think.

The only girl of five children, Dicas said she was surprised when she later became the mother of three daughters, but was “delighted and freed as a woman” as she surrounded herself with more feminine elements at home.

“I think that’s reflected in my work,” she said. “All the paintings I have at home are of my family.”

Dicas met her husband in California, and they moved to the South shortly after they were married.

“I’m very fortunate to be able to have the life that I have, and to be surrounded by this,” she said, noting the importance of people sharing their artwork with others. “Art is a connection. It’s between human beings. It’s a connection from one human being to another.”

“Many artists go through their whole life and never experience anything like this,” Dicas said. “This is just a beautiful occurrence, and I’m grateful.” 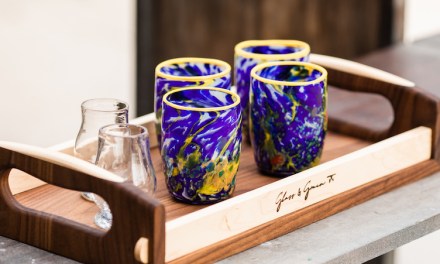 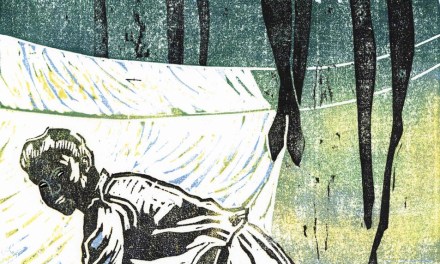 Get to know artist Debra Riffe 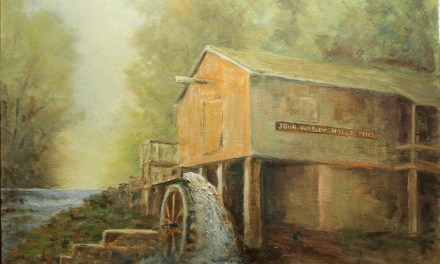 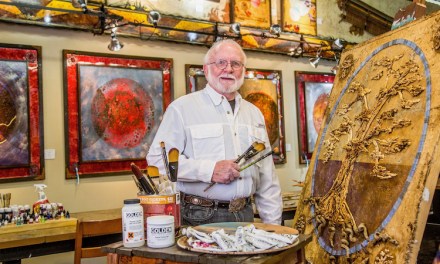