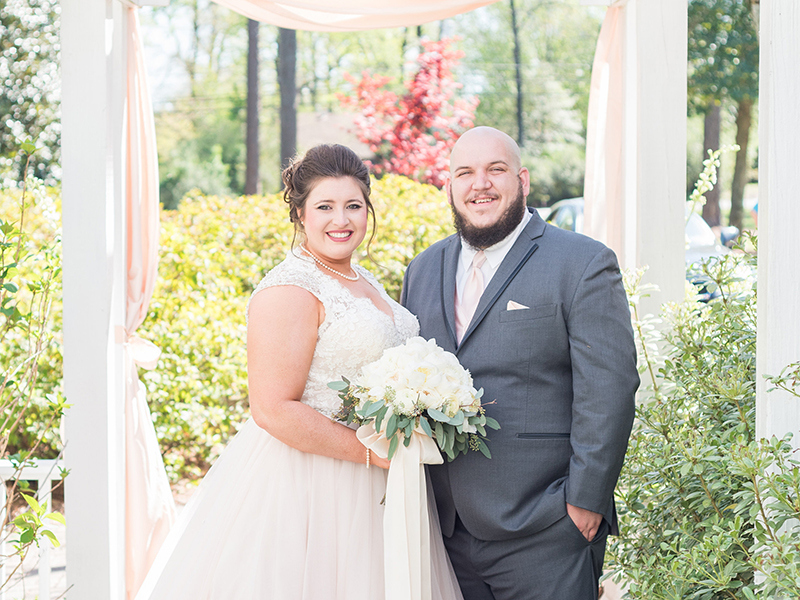 Megan and Jamey met in 2013 while she was in college at the University of Alabama. Her sister, Melissa, had invited her over to a barbecue at her house, where she was living with Jamey and two other guys. Megan was trying to be a good guest and brought over a watermelon and some drinks. While Jamey was in the kitchen talking about those very two items, he turned around and saw Megan with the watermelon and drinks, and the rest is history. 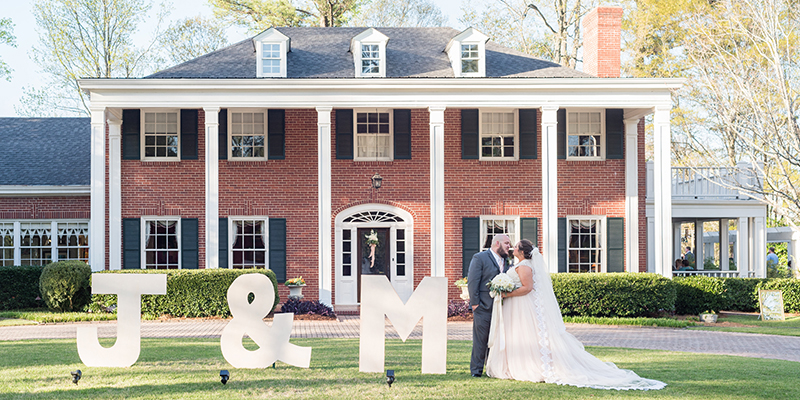 After Megan graduated from UA in 2015, she moved back to Hoover into her parents’ house, and Jamey stayed behind in Tuscaloosa. After a few months of long-distance dating, Jamey proposed to her Christmas morning. Jamey teamed up with Megan’s mom, Tammy, and had her make a bow and attach the ring to her Christmas stocking. It was in matching bunny onesies from “A Christmas Story” that Jamey proposed to Megan in front of her immediate family. 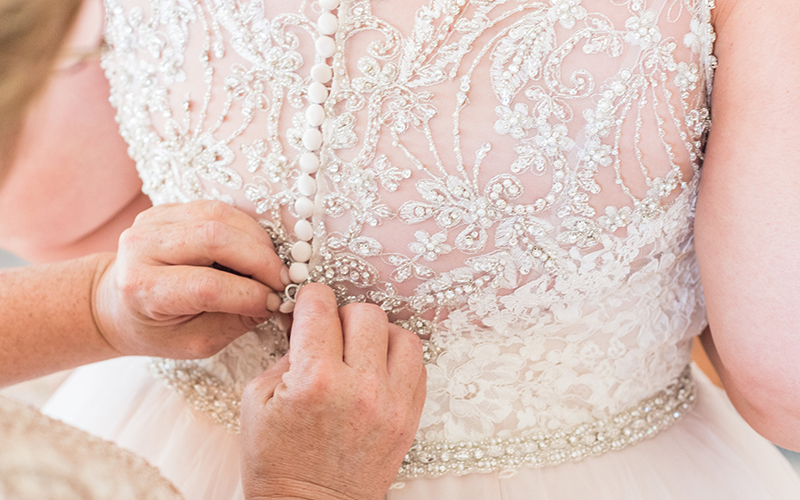 After a few dress shops with no luck, Megan went to Divine Designs and tried on a few dresses, not expecting to find anything. She tried on an Allure Bridals dress and fell in love with it. She took it to Hollow to Hem for alterations. 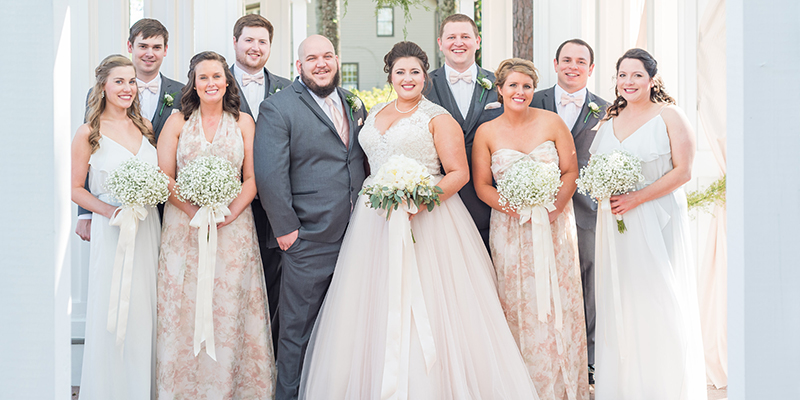 The custom-made center pieces, the mixed and matched china and the florals and drapery. In addition, Megan’s cousin got ordained and was the one who married them, and her other cousin, a musician, sang “Hallelujah” as she walked down the aisle. 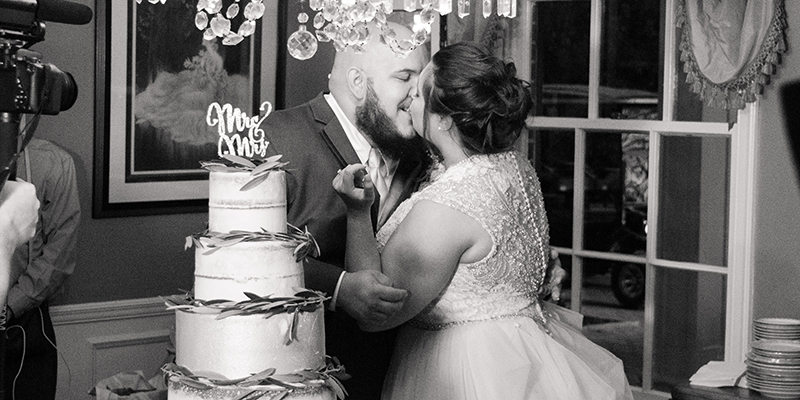 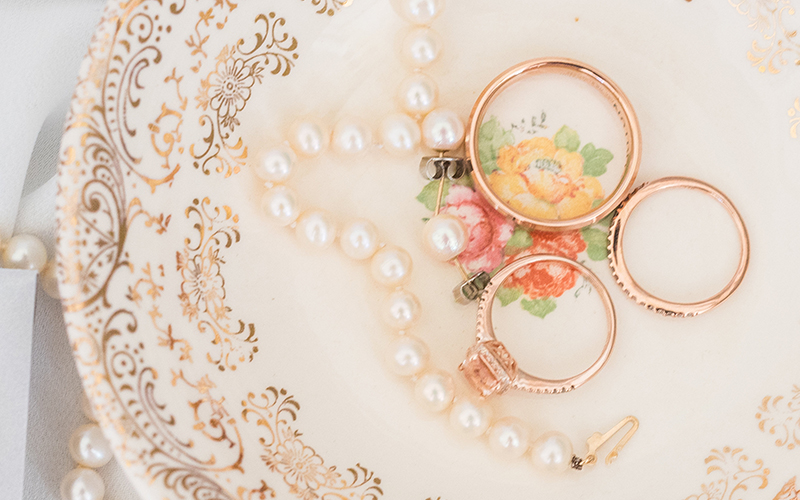 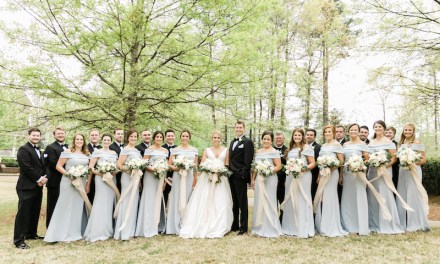 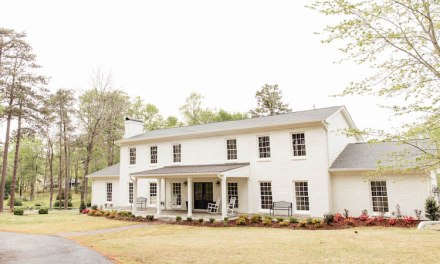 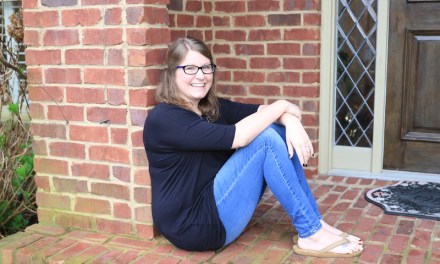